Some interesting hobbies have been born from this pandemic. People got really into baking bread for a minute there. Hiking (OK, casually strolling on local trails and posting Instagram stories about it) became all the rage. So many art supplies bought on Amazon Prime.

My family developed a pandemic hobby, too. We became a family of network reality TV stars, and you totally can too.

To be clear, you’ve never heard of us. We’re not exactly THOSE kind of TV stars. We’re not Chip and Joanna. But my husband, son and I all appeared on network TV shows in 2021. And my vibrant, chatty 6-year-old daughter can’t be far behind the rest of us.

It’s not like being on TV has been a lifelong dream for any of us. My dad worked as a movie and TV sound editor my whole life, and when I was a preschooler, I did have the opportunity to appear as an extra on “The A-Team.” But my parents figured (correctly) that I was probably too much of a mama’s girl to be separated from my parents long enough to appear in the scene.

But seriously, despite that early brush with fame, reality TV wasn’t a dream for anyone in my family.

My family’s journey to TV very-semi-stardom started in early 2020 before the pandemic really got going. I read about an open audition for “Let’s Make a Deal” and talked a co-worker into making the three-hour drive down to LA to audition for the show in a strip mall office. It just sounded like a fun thing to do.

During my recorded audition, I was so obnoxiously loud that my co-worker later told me he could hear me out in the lobby. I showed them some of my Polynesian dance moves from my years of hula dancing. I hollered at the camera that I was a busy working mom and really needed to win a vacation so I could take a break. I professed my highly exaggerated love for the host, Wayne Brady.

When the casting assistant told me to give her “just a little bit more,” I obliged. I left with my figurative fingers crossed.

A few months later, I received a text message that I’d be invited to appear on “Let’s Make a Deal” in the coming months.

Month after month passed with no word, but at last, in early fall 2020, I was asked for my availability moving forward. I gave my available weeks (mostly all because, hello, pandemic in full swing).

Around the same time, I received an email from the casting producers for “Kids Say the Darndest Things,” inviting my son to audition again for the show, which he had auditioned for previously a couple of years back.

We didn’t have a whole lot else going on at the time besides toiling in the distance learning trenches. So during a break from playing at our neighborhood park, I grabbed cellphone videos of both my son, Dante, and my daughter, Josie, answering questions, as requested.

Dante has always been an abnormally outgoing child without an ounce of stage fright and a natural showmanship, and they requested a follow-up interview over Zoom with him.

Dante talks a mile a minute, has a truly impressive memory and an even more out-there imagination. Simply put, he is a lot of kid, and he has his behavior challenges. Here in these auditions, his quirks were celebrated. Dante’s fantastical take on the ordinary was perfect fodder for viewers looking for an escape from pandemic life.

His energy, sometimes tough to bring into line at home and school, was exactly what the show was looking for.

Although he hadn’t been pushed through during his previous, in-person audition the season prior, this time Dante earned an executive producer virtual audition. We were so excited. And by we I mean mostly me. I didn’t know I was a stage mom until that moment.

The audition itself was strange. Dante was asked to dance and do character impressions he couldn’t really grasp. It ended abruptly. We didn’t expect a callback. But several months later, we were contacted by “Kids Say the Darndest Things.” They wanted him.

We had a great time. The sets were bright and colorful, and much smaller than I imagined. The crews were impressive in how quickly they worked to switch out the set pieces and get their shots.

Pandemic restrictions meant very few people could be in the studio at one time, so the 12 in-studio contestants on “Let’s Make a Deal” were the entirety of the audience and were spread out in pods on stage to maintain social distancing.

For “Kids Say the Darndest Things,” the studio audience was limited to the parents of the kids filming the show at that moment. Lots of COVID testing was required, and masks were necessary any time the cameras weren’t actively recording.

Toward the end of each “Let’s Make a Deal” episode, the host will ask a few contestants to produce a certain item from their purse or pocket in order to claim a prize.

I pulled a seashell from my purse near the end of my episode of “Let’s Make a Deal” (thank you, LMAD Twitter account for the heads-up on what to bring) for $500. Although I didn’t have an opportunity to play a longer game, I had a chance to introduce myself to Wayne and his co-hosts, and show off my “Great Catsby” (Great Gatsby with cat ears and a tail) costume.

My son dropped nuggets of wisdom while being interviewed by host Tiffany Haddish (even more striking in person!) like “If you say the news is bad, then we need to be better. And once we be better, then the news will be better.” He even got Tiffany to go down the prop slide, sending the few of us on set into hysterics.

Dante was even more fantastic than I could have imagined. My husband and I were so proud, and so was Dante, of himself.

After my taping, “Let’s Make a Deal” encouraged me to recommend anyone else I knew who would be good for the show. My husband agreed that I could pass along his contact information, and he did a Zoom audition a few weeks later. Apparently he nailed it, because the show was eager to cast him early in the fall 2021 season.

Josh wore a superhero costume designed by Dante, and received plenty of air time as he played for a car with a dice game. He ultimately opted not to keep playing for the car, but did walk away with $2,000 and $100 for Dante thanks to his drawing of the costume that Josh displayed on air.

Not to leave Josie out, Josh gave her $100 of his winnings, and used the rest to buy a new TV for our family room.

Being a part of these TV shows might seem trivial to some. I get it. Friends and family wondered aloud why in the heck we wanted to do this. But in these challenging times, it gave us something fun to look forward to. It was validating to know that we could gather up the joy and creative energy we were able to summon and thrust it at the world like a fistful of glitter that sticks to everything but is festive and sparkly and hopeful.

We’ve been bitten by the TV bug in the months since. Dante now has a talent manager who is an old friend of mine from elementary school through high school, and we have had fun with a few family auditions and callbacks. Due to the pandemic, most auditions are taking place remotely with submissions sent online. Dante loves acting, and has a natural flair for theater.

I even accompanied a friend for three tapings (in one day) of “The Price Is Right.” My lips are sealed as to whether she was called as a contestant for that show because the episode hasn’t aired yet!

I was in the virtual audience of “The Kelly Clarkson Show,” too, and won $200 in gift cards for reusable water jugs, which I shared among friends and family. You don’t even have to live near Los Angeles or New York to make a TV appearance thanks to virtual audiences for many shows.

Pandemic hobbies, I tell ya.

There are lots of serious things happening right now. The world can be a sad place. But there are moments of levity to be found, and I encourage you to reach out and grab those moments, however you can! Even if those moments involve acting a little silly in front of a national TV audience.

Do you have a compelling personal story you’d like to see published on HuffPost? Find out what we’re looking for here and send us a pitch!

Omicron in Canada? ‘Only a matter of time,’ expert says

Omicron in Canada? ‘Only a matter of time,’ expert says 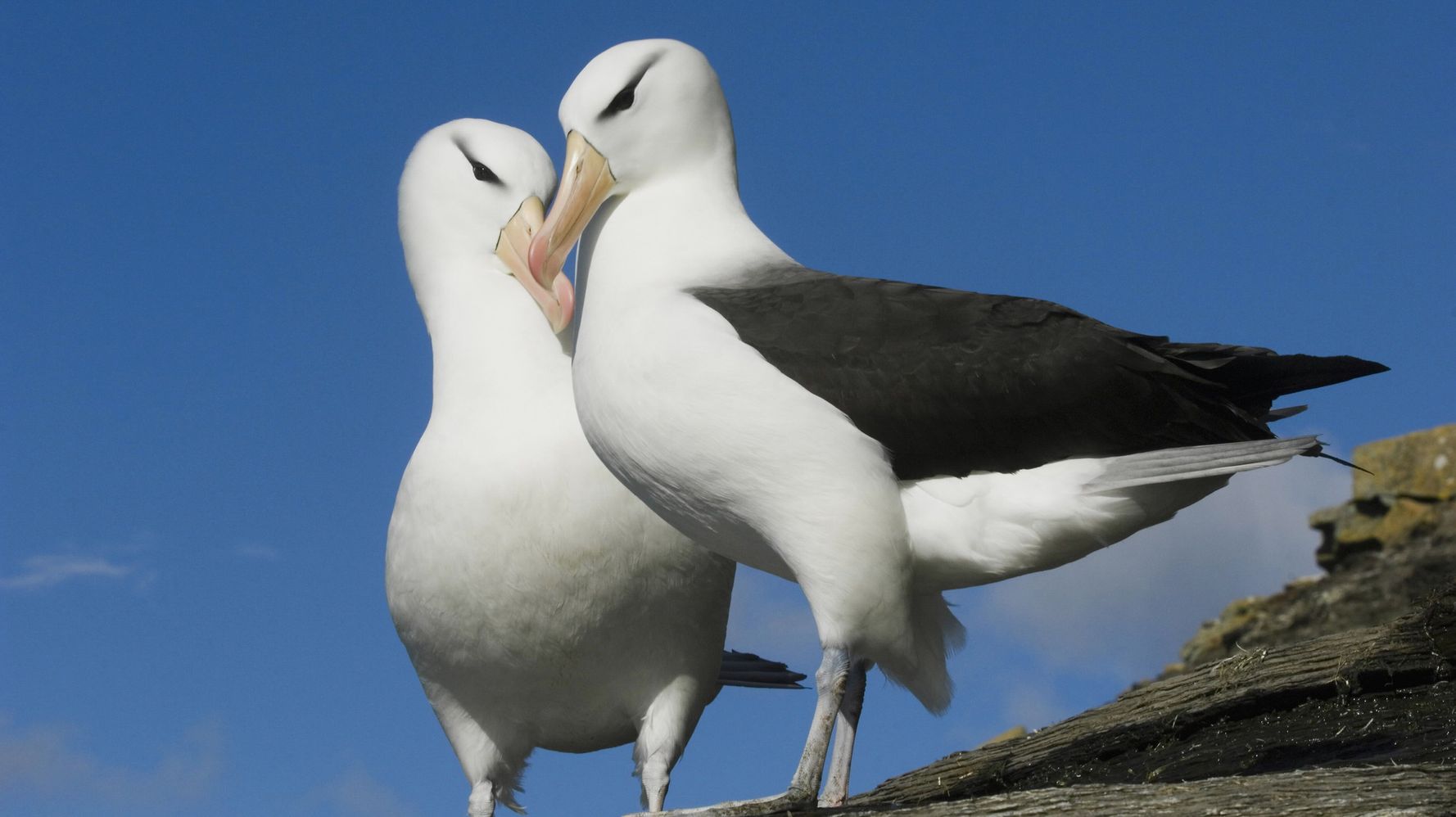 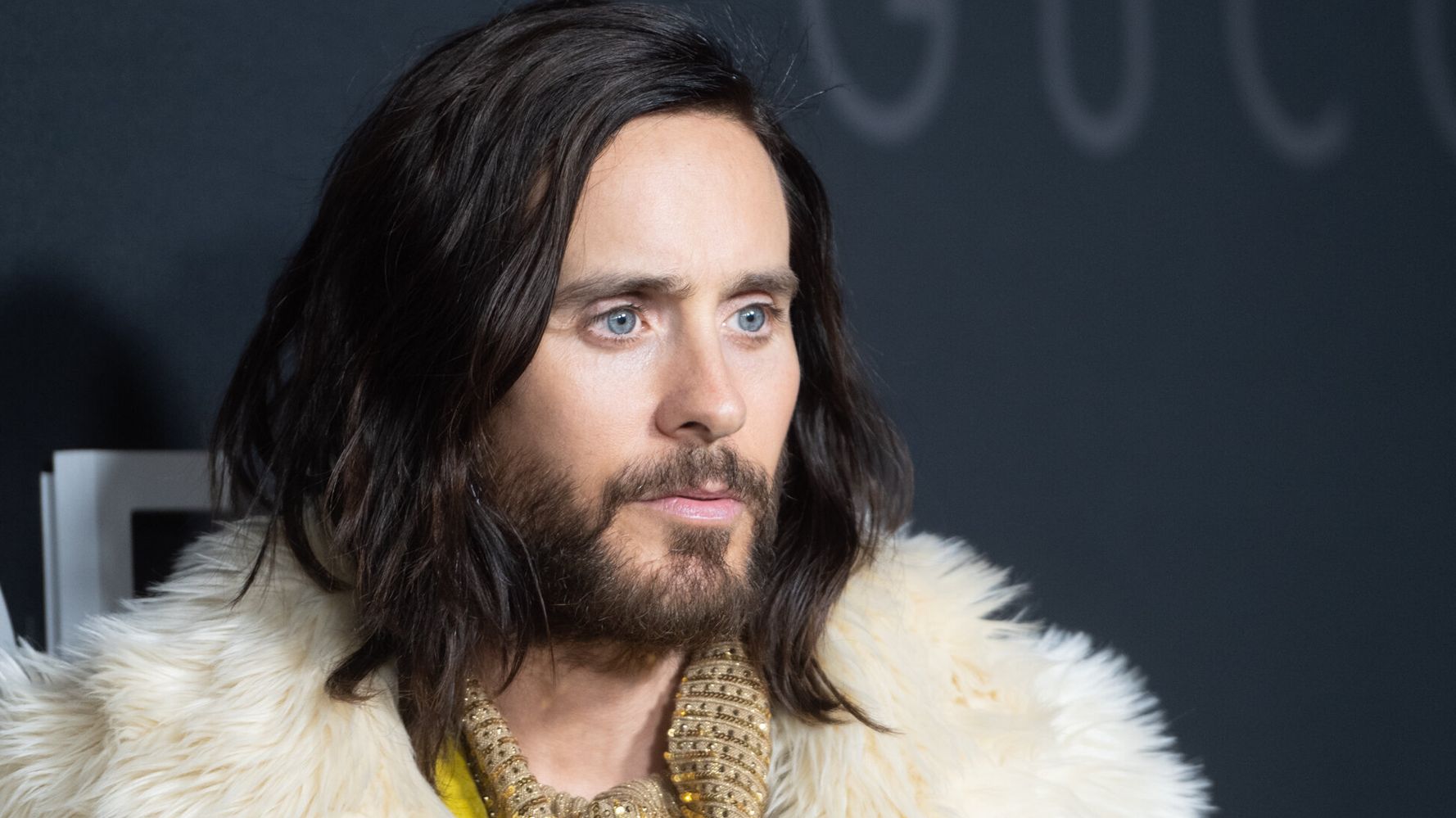 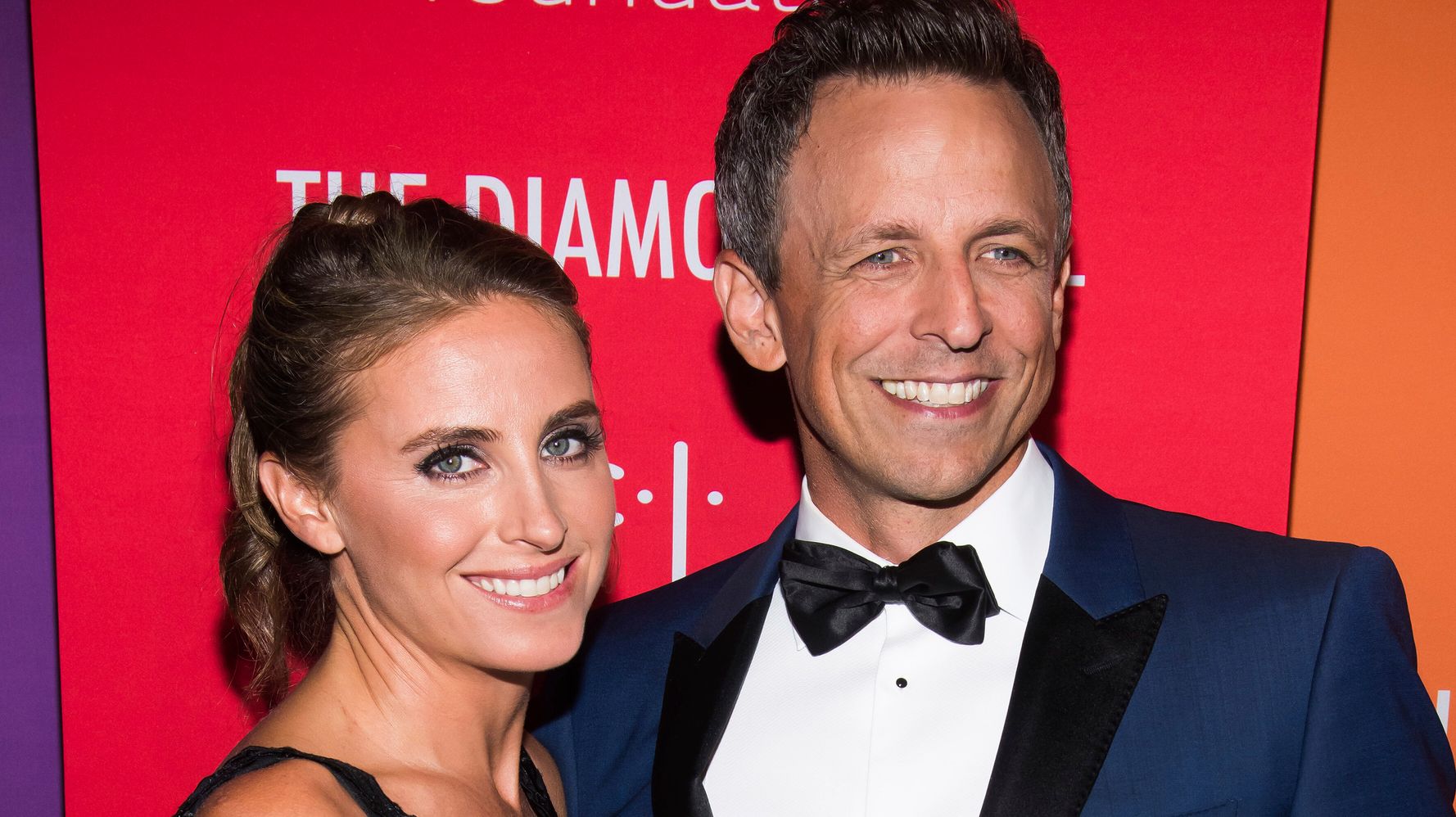 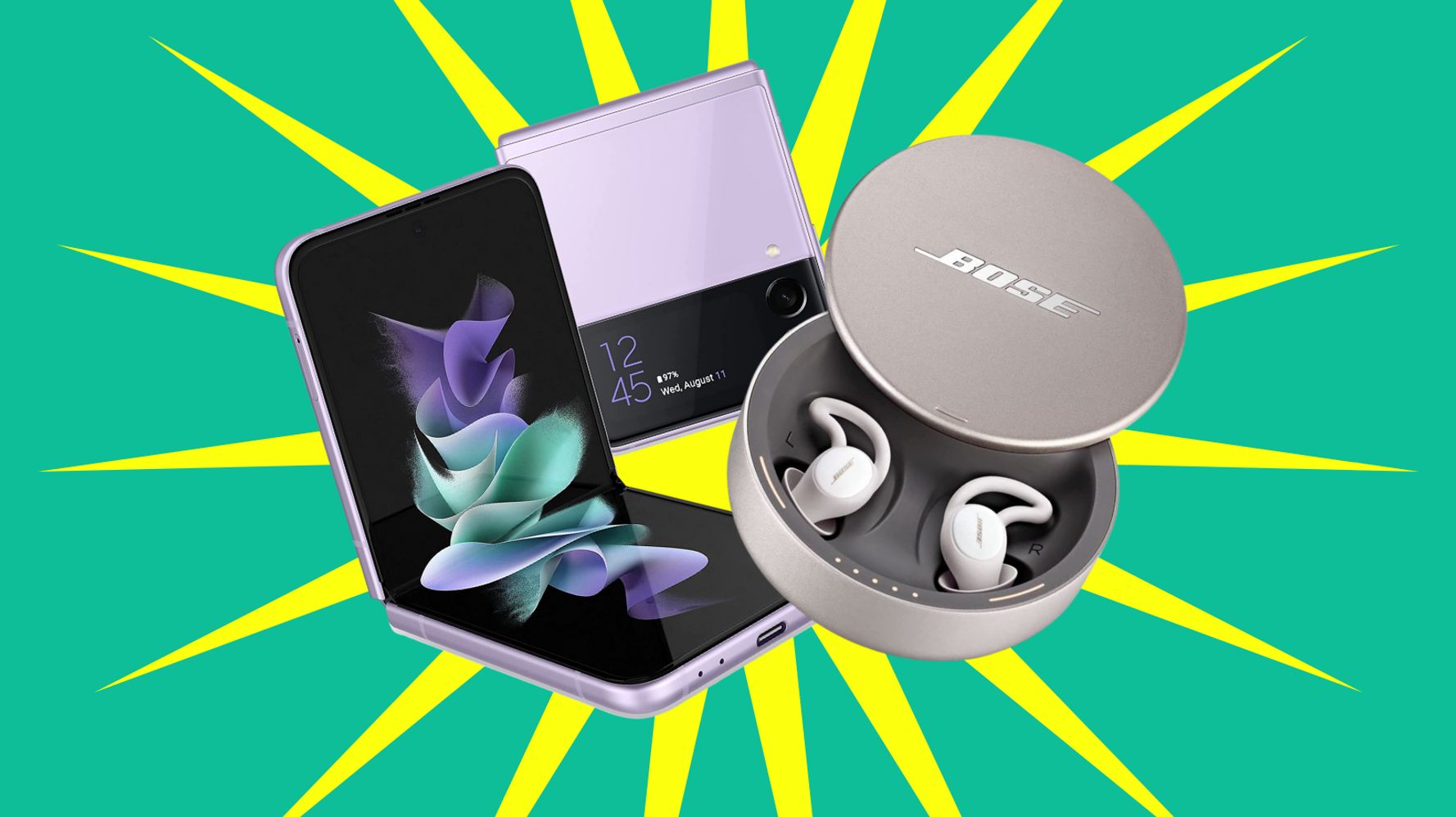 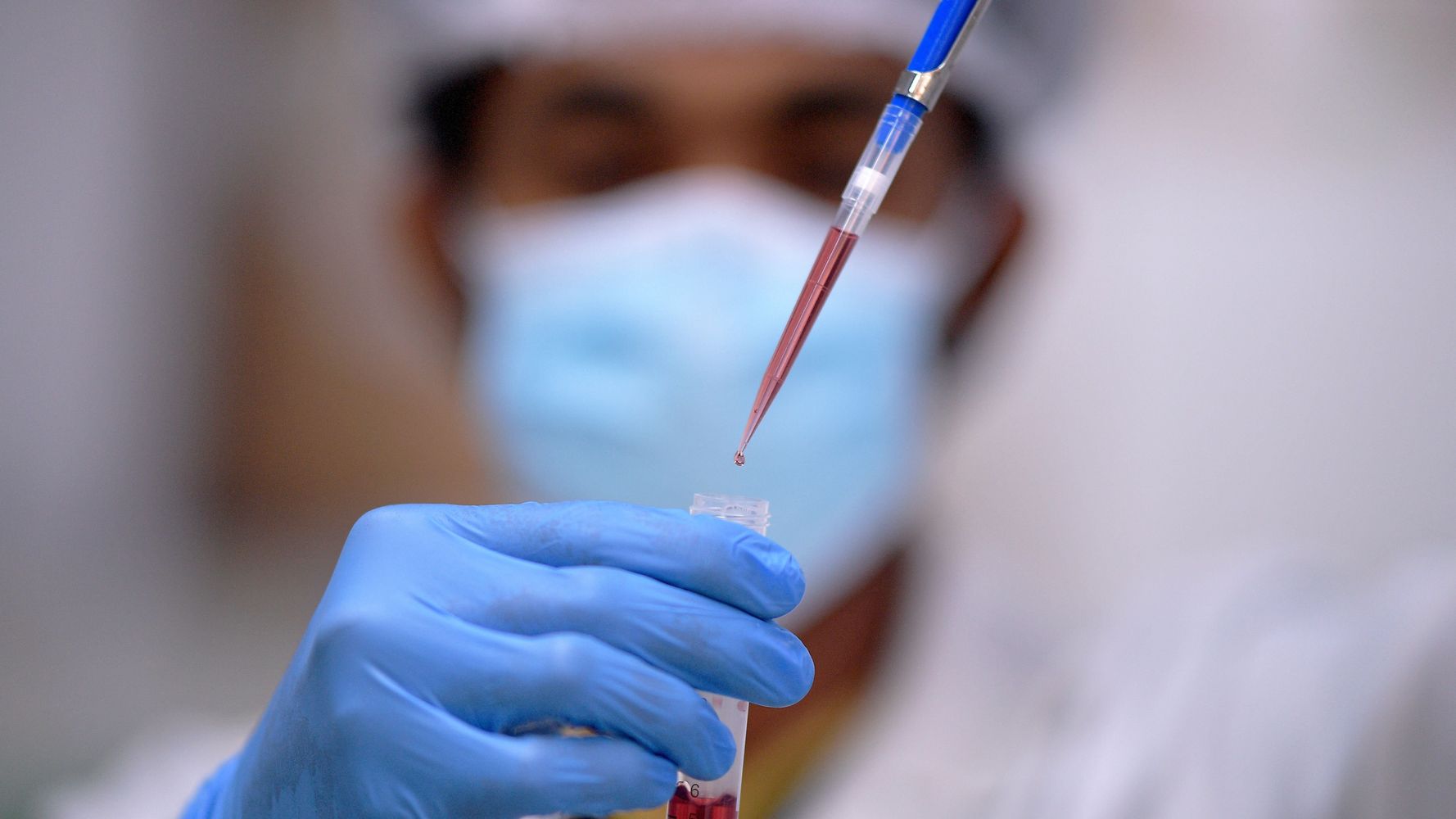 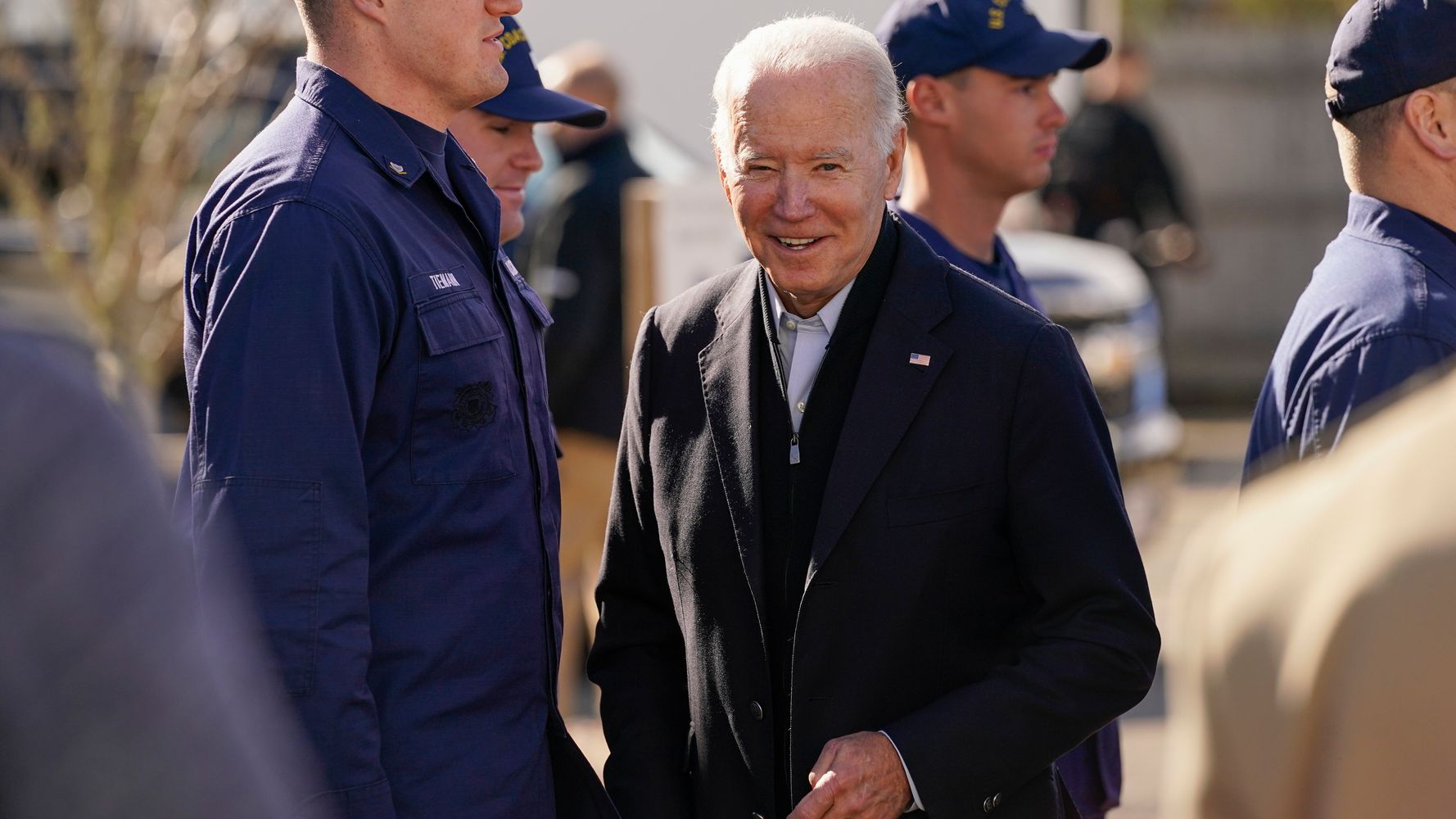