The trial of Kimberly Potter, a former police officer facing manslaughter charges after she appeared to mistake her gun for her Taser and fatally shot Daunte Wright, began with jury selection on Tuesday.

Ms. Potter, 49, was arrested in April, several days after she shot Mr. Wright, 20, during a traffic stop in a Minneapolis suburb after Mr. Wright broke free from another officer who was trying to handcuff him. As Mr. Wright got back into the driver’s seat of his car, Ms. Potter called out a warning, suggesting that she was using her Taser, and fired a single shot, killing Mr. Wright.

The shooting took place on a Sunday afternoon in Brooklyn Center, Minn., amid the trial of Derek Chauvin, a former Minneapolis police officer who was ultimately convicted of murdering George Floyd.

The killing of Mr. Wright, who was Black, by Ms. Potter, who is white, drew thousands of demonstrators to the Brooklyn Center Police Department for a week. At night, people threw water bottles, rocks and other items at a line of police officers stationed in front of the building; the police fired tear gas, foam bullets and other projectiles at demonstrators and arrested hundreds of people that week.

This week, both defense lawyers for the former police officer and prosecutors began to interview potential jurors for Ms. Potter’s trial, which is to start in earnest on Dec. 8 with opening statements.

What happened in the shooting?

Ms. Potter, who resigned from the Brooklyn Center Police Department shortly after the shooting, had been training another officer, Anthony Luckey, on April 11 when they pulled over Mr. Wright.

Prosecutors have said that Officer Luckey told Mr. Wright that he was being pulled over because the registration of the Buick he was driving had expired, as indicated by an outdated sticker tab on the car’s license plate, and because of an air freshener that was dangling from his rearview mirror, which is a traffic violation.

The officers ran Mr. Wright’s name in their computer system and found that a judge had issued a warrant for his arrest after he missed a court date over two misdemeanor charges. Those charges, of carrying a pistol without a permit and running away from the police, stemmed from an encounter with Minneapolis police officers in June 2020.

The body cam footage showed Officer Luckey attempting to pull Mr. Wright from the car as Ms. Potter drew a weapon and aimed it at Mr. Wright. She shouted, “I’ll Tase you!” and then “Taser! Taser! Taser!” before firing a bullet into Mr. Wright’s chest.

After Ms. Potter fired the gun, the video shows, she cursed and said, “I just shot him.” Officer Luckey and a sergeant who had arrived at the scene appeared stunned. After the shot was fired, Mr. Wright’s car moved down the street, coming to a stop when it struck another car.

In the criminal complaint filed against Ms. Potter, a special agent with the Minnesota Bureau of Criminal Apprehension described additional body camera footage that has not been released publicly. The agent, Charles Phill, wrote that Ms. Potter, moments after the shooting, had used an expletive, lamenting that she had “grabbed the wrong gun” and, a minute later, had said, “I’m going to go to prison.”

What are the charges and possible sentences?

To convict Ms. Potter of first-degree manslaughter, jurors would need to find that Ms. Potter had caused Mr. Wright’s death while recklessly handling her gun with “such force and violence” that it was “reasonably foreseeable” that someone would be killed or suffer great bodily harm.

To convict her of the lesser charge of second-degree manslaughter, jurors would need to find that Ms. Potter had caused Mr. Wright’s death through negligence, had created “an unreasonable risk” and had consciously taken the chance of killing someone or inflicting great bodily harm.

Neither charge suggests that she intended to kill Mr. Wright.

If Ms. Potter is convicted, the exact sentence would be up to a judge, though prosecutors have said they plan to seek a sentence that is harsher than the standard sentence. They have also indicated that state law would require Ms. Potter to serve at least three years in prison if she is convicted of either charge.

When Ms. Potter was first arrested, she was charged only with second-degree manslaughter. But after Keith Ellison, Minnesota’s attorney general, took over the case, prosecutors with his office added the more serious manslaughter charge.

Who might testify at trial, and who are the lawyers?

After 12 jurors are selected for the trial, prosecutors and Ms. Potter’s lawyers will make opening statements and call witnesses.

Among the witnesses who could be essential to the case are the two officers who were with Ms. Potter during the traffic stop. Other potential witnesses may be supervisors who worked with Ms. Potter as well as Mr. Wright’s father, Arbuey Wright.

Ms. Potter’s defense lawyers also filed a list of 18 potential witnesses with the court, including Timothy Gannon, who resigned as chief of the Brooklyn Center Police Department after the shooting.

Representing Ms. Potter are Paul Engh and Earl Gray, lawyers who are part of the legal defense fund of the Minnesota Police and Peace Officers Association, a group that represents thousands of law enforcement officers in the state.

The judge overseeing the case is Regina M. Chu, who was appointed in 2002 when Jesse Ventura was governor.

Who was Daunte Wright?

Mr. Wright was remembered by friends as an upbeat character who loved to play basketball and was a supportive father to his son, Daunte Jr., who was a year old when Mr. Wright was killed.

“He always said he couldn’t wait to make his son proud,” Katie Wright, Mr. Wright’s mother, said at his funeral in April. “Junior was the joy of his life, and he lived for him every single day, and now he’s not going to be able to see him.”

In the days and weeks after Mr. Wright’s death, it emerged that he had several pending criminal charges and had been accused of being involved in two violent encounters.

The lawsuit offers no direct evidence tying Mr. Wright to the shooting, and the Minneapolis police have not made any arrests or commented on the claims in the lawsuit.

A lawyer for Mr. Wright’s estate has asked a judge to dismiss the lawsuit, and Ms. Wright has said the claims are hurtful.

“To run with allegations like that is pretty bad, whether they are true or not true,” she said in an interview with The Star Tribune.

In addition to the pending gun possession charge that led to the warrant, Mr. Wright was also facing charges of robbing a woman at gunpoint in December 2019.

Many who knew Mr. Wright have said he was a man who had made mistakes but had been improving his life.

A friend, Emajay Driver, said that Mr. Wright had “loved to make people laugh.” As a freshman in high school in Minneapolis, Mr. Wright had been voted a class clown. “There was never a dull moment,” Mr. Driver said.

In the eulogy at Mr. Wright’s funeral, the Rev. Al Sharpton called Mr. Wright the “prince of Brooklyn Center” and said the police had not known how many lives Mr. Wright brightened.

What do we know about Kimberly Potter?

Ms. Potter had been an officer with the Brooklyn Center Police Department for 26 years before she resigned after the shooting.

She served as a field training officer and was training a less experienced colleague, Officer Luckey, when she shot Mr. Wright. She had also served as the president of the police union in recent years, prosecutors have said.

Her husband was also a police officer for 28 years in Fridley, Minn., which is just across the Mississippi River from Brooklyn Center. Before he retired, her husband had been an instructor in the department, training officers in things including using Tasers and how and when to use force, according to a city newsletter.

How often do officers confuse a gun for a Taser?

While not common, there have been several instances in which police officers mistakenly fired their guns when they meant to draw their Tasers.

In 2018, a rookie Kansas police officer mistakenly shot a man who was fighting with a fellow officer. In 2019, a police officer in Pennsylvania shouted “Taser!” before shooting an unarmed man in the torso. And in one of the most publicized cases, a white police officer with the Bay Area Rapid Transit agency said he had meant to fire his Taser when he fatally shot Oscar Grant III, who was Black, as Mr. Grant was lying facedown on the train platform on New Year’s Day in 2009.

In April, The New York Times reported that of 15 cases of so-called weapon confusion in the last two decades, a third of the officers were indicted and three — including the only two cases in which people were killed — were found guilty.

Astronaut Jonny Kim is Also a Doctor and Navy SEAL

Saudi-Led Airstrikes Kill Scores at a Prison in Yemen

Abortion Opponents Descend on Washington for March for Life Rally

Opinion | Does Jan. 6 Disqualify Some Republicans From Re-election?

Astronaut Jonny Kim is Also a Doctor and Navy SEAL

Saudi-Led Airstrikes Kill Scores at a Prison in Yemen

Abortion Opponents Descend on Washington for March for Life Rally

Opinion | Does Jan. 6 Disqualify Some Republicans From Re-election? 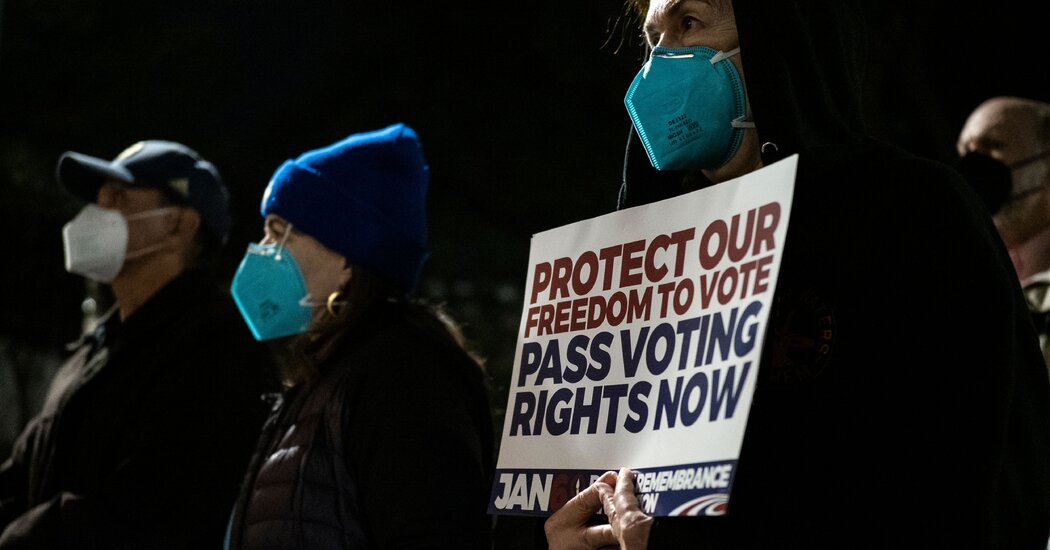 Opinion | Republicans Think There Is a ‘Takeover’ Happening. They Have Some Reading to Do.

Meat Loaf, ‘Bat Out of Hell’ Singer and Actor, Dies 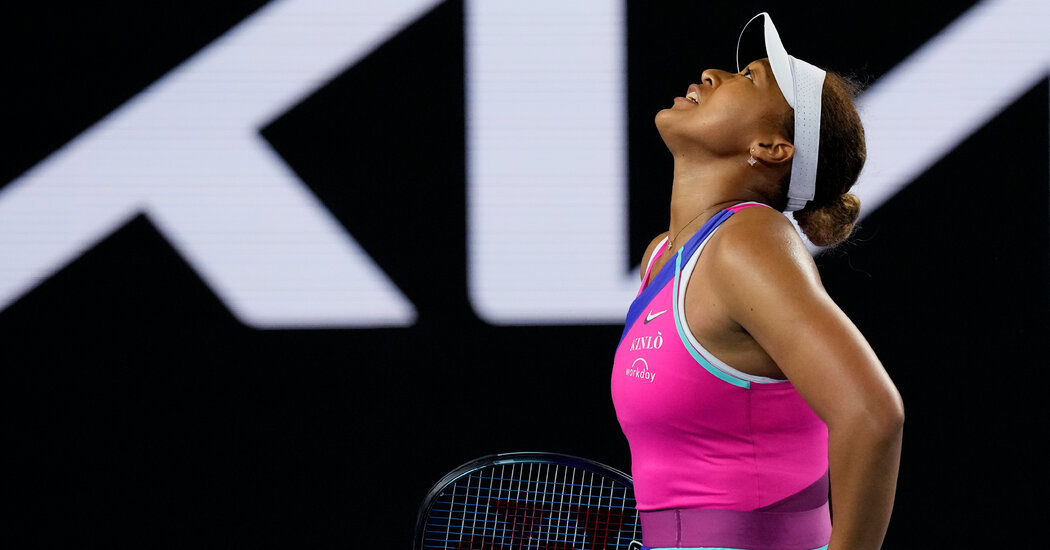 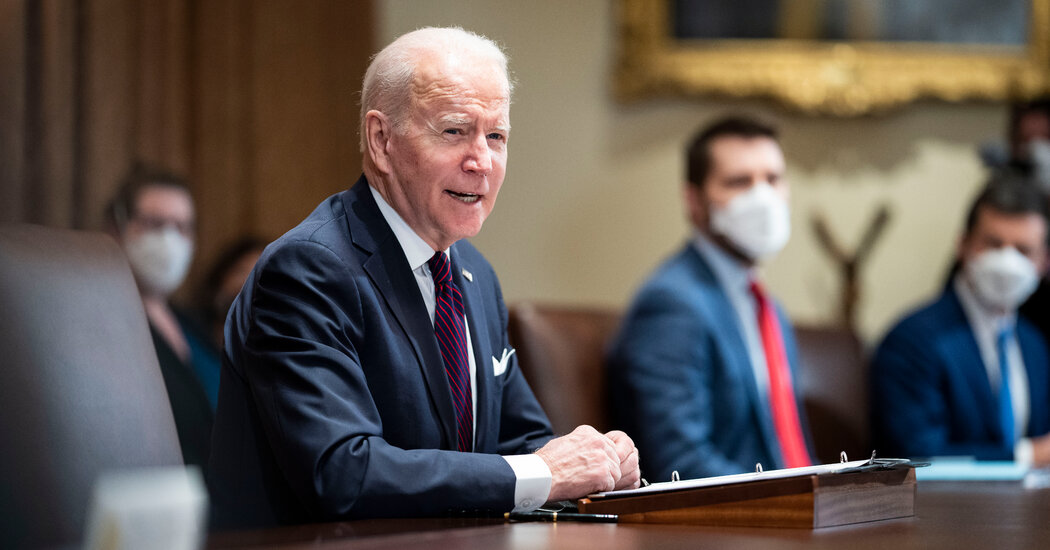