The new C8 generation of Chevrolet Corvette is the first in the car’s 68-year history to be mid-engined instead of front. It is also the first ‘vette to have a folding metal roof, the first to not be offered with a manual gearbox, and the first to be available in right-hand-drive.

Normally such drastic changes to a decades-old bloodline would be taken slowly, the recipe gradually changed over the course of several generations. But no. Chevrolet has gone all-in, rolled the dice and profoundly changed the very foundations of what the Corvette is. As a result, the Corvette can be considered a global car for the very first time – and as such it finds itself competing against European thoroughbreds from the likes of Porsche.

For now we only have the entry-level Stingray variant of the C8, available with either a folding hard top or a removable targa top; Chevrolet says all the strength is in the floor and the car has been designed to be roofless from the outset, with no fixed-roof model available at this stage. We can expect to see hotter Z06 and ZR1 versions of the C8-generation Corvette later, but with a 6.2-liter, naturally-aspirated V8 engine producing 482 horsepower and 452lb ft (613 Nm) of torque, this still promises to be a potent sports car.

Note: Just as I was filing this piece Chevrolet revealed the C8 Z06, which replaces the Stingray’s 6.2-liter motor entirely for a new, bespoke 5.5-liter V8. Naturally aspirated and with a flat-plane crankshaft, the Z06 produces 670 horsepower, 460lb ft of torque, and has an 8,600rpm rev limiter. Now, back to the Stingray…

Is the Stingray a supercar? I’ve been grappling with this question for a couple of weeks now and I still haven’t quite made up my mind. The mid-engined layout, aggressive styling and driving position, complete with a fighter jet-style view out of a wide windshield and across a short hood, ticks all of the supercar boxes. But with prices from $59,995 in the US and £74,200 in the UK, it’s priced like a sports car, with a whole load of theater thrown in for free.

Toys, too. The C8 destined for UK shores will come as the 2LT pack as standard, which includes heated and ventilated seats, navigation with an 8.0-inch display, a 14-speaker Bose sound system, 12-inch driver display, cruise control, head-up display, rear camera mirror, front and rear parking cameras, and wireless phone charging. It’s pretty much fully-loaded, in other words. Even by European standards.

I’ll park the sports car/supercar semantic argument for now and take the C8 in isolation. Leaving the Sheraton hotel at Frankfurt airport, I have a gleaming red coupe to myself for the day. Edging out into morning traffic I leave the car in its default setting and let the gearbox look after itself. The big engine settles to a quiet idle and I concentrate on navigating my way to the Autobahn. It’s all very civilised so far, but the staring, grinning and waving from passing traffic serve as a constant reminder that I’m driving something special.

I wonder how many people know what the car is; who, in a European city, recognizes the Corvette badge, or knows this is the first mid-engined example? It doesn’t seem to matter. I’m serving as mobile entertainment for the suits driving to their desks in the city. It seems unlikely that a similarly-priced Porsche 911 or Jaguar F-Type would attract such attention.

As I cruise out of Frankfurt the Corvette feels comfortable and refined, with a cabin that is every bit a match for German rivals. There’s leather everywhere, suede on the square-sided steering wheel, and the infotainment system is easy to use.

So too, surprisingly, are the climate controls. I say surprisingly because at first the long line of buttons sat atop a ridge splitting the cabin in two looks perplexing. But once you realize the top half are for the driver, and the important ones like temperature and fan speed are textured or recessed to aid interaction without looking, it all makes sense. It’s a cabin that is unapologetically driver-focused, with the infotainment display just a couple of itches to the side of the wheel, and tilted to face the driver. The C8’s interior is comfortable, functional and of high quality, but also with great drama and visual appeal. It’s a small detail, but the wireless charging slot for your phone, located between the two seats, grips my iPhone securely and fills its battery reliably. You’d be surprised by how many new cars still don’t get that just right.

I soon clear Frankfurt and reach a derestricted section of the Autobahn. I pull the left paddle to drop a couple of gears and accelerate hard. The V8 wakes up from its four-cylinder cruising mode in an instant and fills the cabin with a suitably brutish, muscular soundtrack. It’s a loud car, as well it should be given the styling, and sounds all the more impressive for not being turbocharged like most of its rivals.

It’s a busy Friday morning so there are no Autobahn heroics today, which is a shame given the Corvette’s claimed 184mph top speed in its European configuration. Chevrolet UK says the C8 Stingray sprints to 62mph in 3.5 seconds, while US testers have seen 0-60mph times of as little as 2.7 seconds. ‘My’ C8 certainly felt rapid off the line, but once up and going it didn’t feel like a sub-three-second car. Mighty quick, but the impression I got was that the composure of the chassis and a general sure-footedness suggested there is still plenty of performance to extract from the platform.

I leave the highway in search of more challenging roads, and the Corvette soon feels like a wide car. At 76.1in (1,933mm) the C8 is 2.2 inches wider than the C7 and 3.2 inches narrower than the current 992-generation Porsche 911. On tight country roads it really does occupy the entire lane.

This doesn’t come as a surprise – mid-engined supercars have always been wide – but I’d be wary about using the C8 as my everyday car, which is something I suspect the relatively low price will encourage. Could you daily-drive a C8 in the same way many do with the 911? I think I could eventually get used to it, but in the narrow streets of European cities the Corvette is unlikely to ever feel entirely at home.

Once the roads widen a little, I switch the Corvette to Sport mode and am thoroughly impressed. There is real maturity and composure here, the chassis letting you know it’s on your side and the engine isn’t going to suddenly turn into a giant pendulum mid-corner. This sophistication feels slightly at odds with the old-school, big-capacity V8, but the rumbling soundtrack and instant throttle pick-up is something to savour. The steering is light but precise and quick but not on the same hyper-sensitive scale as a Ferrari, while the brakes are especially impressive, with a reassuringly firm pedal and good feel

If you don’t like all of the changes Sport mode makes then Chevrolet has an answer in the form of the Z button. On the steering wheel for easy access, this enables a mode tailored by the driver; you could have the engine and exhaust turned right up, but with lighter steering and softer suspension, for example. Or any other combination. It’s a neat system that works like the M button on the wheel of BMW M cars; a one-press shortcut to set the car up exactly how you want it on your favorite road, then back to comfortable highway cruising with a second press.

This quickly demonstrates how broad the Stingray’s abilities are. Leaving the occasional width concerns to one side, after just a day behind the wheel it starts to feel like a car you could live with more readily than the supercar styling lets on. It’s comfortable and relatively civilized when you want it to be, then turns into a snarling sports car with a glorious soundtrack when you want to have fun – and it delivers a level of performance most drivers will find adequate without scaring themselves.

In other words, it’s an accessible and affordable sports car with supercar styling – all while marrying characterful Americana with the maturity and resolve needed to be a success in Europe and the UK. I welcome the Corvette to these shores and I wish it all the very best.

How Democrats Would Tax Billionaires to Pay for Their Agenda

10 DIY Holiday Gifts to Wow Your Loved Ones 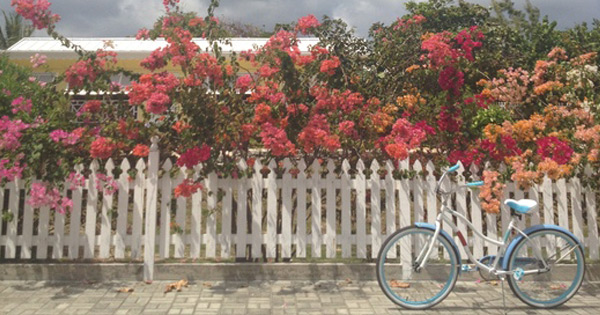 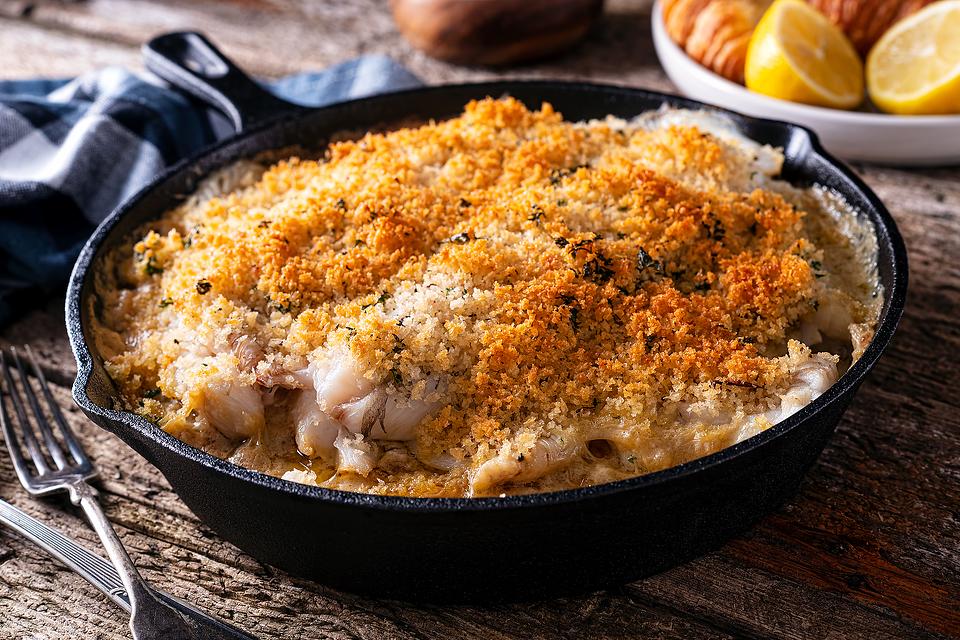 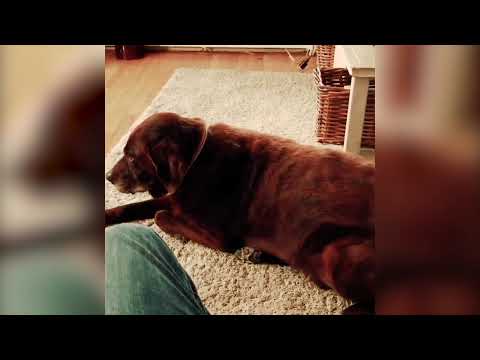