Timothée Chalamet is the hottest actor in Hollywood and the star of the biggest film in recent memory. Dune, the sci-fi epic he stars in, opened to $40.1 million in box office revenue in North America, on the same day The French Dispatch, a Wes Anderson movie he stars in, also premiered. In addition to starring in these big-budget box office smashes, he is also the star of ModdedController 360, a YouTube channel with 14,700 subscribers that focuses on making custom paint jobs for Xbox 360 controllers, fans and open source war investigators believe.

A Motherboard open-source intelligence investigation, with some help from lead researcher and trainer at Bellingcat Aric Toller, shows that before he was a star, Chalamet was just another dweeb on YouTube, showing off his Xbox 360 controllers to a small following. Chalamet’s public relations representatives did not immediately return Motherboard’s request for comment.

Three Xbox 360 controller modding videos appeared on the ModdedController360 account in February and March of 2010, when Chalamet would have been 15. Every video follows the same pattern: A young person holds a customized Xbox 360 in front of the camera. You can’t see their face but you do hear their voice. It sounds a lot like a young Chalamet, when compared to videos of him acting at the time.

Chalamet appeared in some short films in 2008 but his first big break was a bit part on Law & Order in 2009, just before these videos were filmed. As ChalametUniverse and other fan pages have noted, ModdedController360 sounds a lot like a young Chalamet in Law & Order. Motherboard asked several companies and researchers that do “forensic voice comparison,” a field of study that attempts to match different clips to a single speaker, on known clips of Chalmet from this time and on audio clips from ModdedController360.

Unfortunately, none of them responded. We also asked Dadabots, who make deepfake audio, if they could spin up Microsoft’s nascent speaker recognition machine learning software for us: “Lmao love these bizarre requests,” they said. “Haven’t tried, or know anybody who has tried, a thing like this.”

It’s worth mentioning that forensic voice comparison is a somewhat controversial field of study; some academics believe it is not terribly accurate depending on the techniques used. With that in mind, Motherboard decided to go with widely used open source investigation techniques that compare details in different photos or video frames in an attempt to gather good evidence that Chalamet is indeed ModdedController360.

The first good evidence we found that ModdedController360 is Chalamet was a photo Chalamet’s verified account posted on July 22.

The photo shows a young Chalamet sitting in front of a laptop with a couple of people around him, his eyes locking with the camera, piercing through the hectic scene. The iconic gaze that will make him a movie star is already evident at this young age. For our interests, however, what matters here is the chair he’s sitting on. Note, specifically, the dark blue and black striped pattern of the fabric.

It’s a bit hard to tell because the image is dark, but Motherboard editor-in-chief Jason Koebler was able to brighten the image in the Motherboard Forensics Lab to show that it is clearly the same pattern as the chair we can see in Chalamet’s official Instagram page.

Chalamet’s hands are another piece of evidence. The actor has a scar on his left ring finger above the knuckle and below the nail. It’s wide, a unique pattern that’s easy to discern once you know what to look for. ModdedController360’s videos also focus on the torso and hands and they display the same scar in the same location.

From left to right: A picture of Chalamet’s hands pulled from Tumblr. Screengrab from the ‘Red Tiger’ YouTube video. Chalamet holding his face at

You can see the scar in these photographs Motherboard enhanced and clarified in the Lab. The left and right photos are from promotional images of Chalamet. In the middle you can see ModdedController360’s hands clutching the Red Tiger controller they’ve modded. The scar is visible in all three shots.

Then there’s the soccer ball bean bag chair. The background of the video posted on February 17, 2010 clearly shows a deflated looking bean bag chair in the style of a soccer ball. Another Chalamet Instagram fan page called timothee.chalamettttttt posted an interview with the star where he mentions sitting in his bean bag soccer chair as a child.

Finally, a full resolution image of Chalamet’s verified Instagram post shows the floor and carpet in his room.

The same floor and carpet can be seen in the ModdedController360 video titled Green/Red Xbox 360 controller. 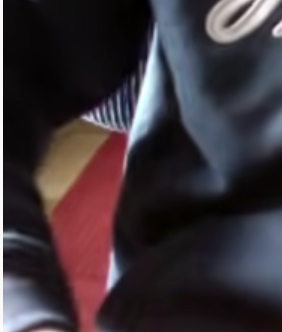 Here, a side-by-side that rotates the images to show how the carpet and floor pattern match, provided by Toler:

“Alignment, color, and length of the floor matches the rug. Rug shifted a little bit but note the length of each tile and the color (hard to tell 100% with the lighting but looks about right),” Toler told Motherboard.

“I’m ancient and have no idea who chalamet is either lol. Oh he’s the Kyle MacLachlan of new Dune,” Toler said, but added that “Ya, seems like it’s him.”

None of this is definitive proof that Chalamet ran the ModdedController360 YouTube page, but it’s compelling. The scar, the room, the chair, the soccer bean bag, and the voice all come together to paint a picture of a youth spent doing custom paint jobs on Xbox 360 controllers.

Update: After this article was published, we were sent this video of Chalamet admitting to his sordid past. 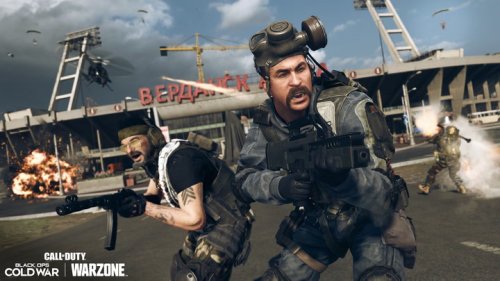 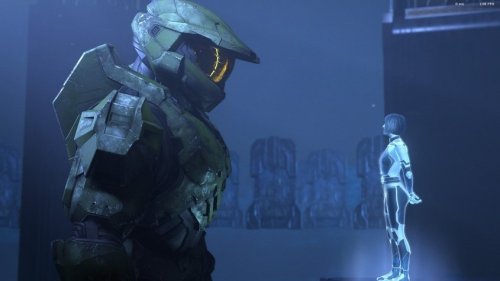