The 20th straight win at Roos Field for the Eastern Washington football team was both record-breaking and memorable. The No. 2 Eagles hosted Idaho in Cheney, Washington, where they improve to 7-0 (4-0 Big Sky Conference) with a 71-21 victory, continuing the program’s best start at the Football Championship Subdivision level.

The Eagles tied a school-record 29 points in the first quarter and piled it on from there, as the 71 points are the most-ever at Roos or Woodward Field and are the fifth-most in program history. Eastern Washington also put up a program-record 837 yards of total offense with 624 passing yards and 213 rushing yards.

Redshirt-senior quarterback Eric Barriere accounted for 600 of those yards, all through the air, setting an EWU passing and total offense record of his own. He completed 26 of his 35 pass attempts (74.3 percent) and threw seven touchdown passes, tying his own school record for the third time. He also added a rushing touchdown, setting another school record for most touchdowns responsible for with eight.

SCOREBOARD: Click here for all FCS football scores from Week 7

Barriere entered the day tied for second in program history with 96 touchdown passes, and ended the day in sole possession of second with 103, just seven away from tying Vernon Adams Jr.’s record of 110. Additionally, Barriere now has 13,238 yards of total offense in his career which is 70 yards away from breaking Matt Nichols’ Big Sky Conference and program record. He also moves into fifth on the passing yards list as well with 11,806 and is now a perfect 16-0 as a starter at Roos Field.

“One word comes to mind, awesome. It was a collective effort, awesome, by coaches, by players, by all involved. Getting to the moment of kick which was moved up two and a half hours to be on TV just a few weeks ago, our team has taken every challenge and we’ve succeeded on every challenge thus far,” said head coach Aaron Best.

“How much better can we get? That’s to be determined. The challenge is to stay at the level that we’re at. Because if we’re not at that level, then everyone wants to know why we aren’t. The bar is high, extremely high. Eric Barriere, again, substantiates himself as the best player in the land at this level. Period, bar none, zero discussion as far as I’m concerned. He is explosive, he is selfless and he understands the run game compliments the pass game. The run-pass-options open up because we have a respected run game, and we did a good job moving the ball against a very solid defense, on paper, going into this game.”

Eastern Washington scored on all six drives leading up to halftime. First, a 14-yard touchdown strike from Barriere to Efton Chism III and the Eagles went up 8-0 after Gunner Talkington’s two-point conversion pass to Dylan Ingram was successful. Barriere then found Freddie Roberson for a 13-yard touchdown and the Eagles extended the lead to 15-0. Roberson led the Eagles in receiving yards with 192 yards on 10 catches, a new career-high in both categories.

Idaho, who is now 2-4 overall and 1-2 in conference play, got on the board next on a 75-yard rushing touchdown from quarterback Zach Borisch.

EWU scored four more times before the half was over, as Barriere used his legs for a 12-yard rushing touchdown and then found Chism again on a 24-yard pass to end the first quarter.

Barriere found Andrew Boston for 73 yards, a career-long for Boston, for a first down which would eventually set up Justice Jackson for a one-yard rushing touchdown. After Idaho added another score on a three-yard rush, Roberson would score his second touchdown of the day on a 12-yard pass from Barriere. Harrison’s extra point attempts were good on the remaining four touchdowns, and the Eagles took a 43-14 lead into the locker room.

Eastern Washington outscored the Vandals 14-0 in the third quarter. The defense was also impressive, forcing all three turnovers in the game in the third frame. After Barriere found Merritt for a 53-yard receiving touchdown, Darrien Sampson grabbed his third career interception on Idaho’s next drive.

Marlon Jones Jr. had the next pick, which he returned for three yards to set EWU up on its own 30-yard line. The Eagles quickly turned the turnover into points when Barriere found Boston for a 20-yard completion and touchdown. Boston finished the day with 175 yards on 10 catches, also a career-high. Idaho would try and convert on 4th and 3 towards the end of the third quarter, but Joshua Jerome sacked Borisch and forced a fumble which was recovered by Debore’ae McClain.

Jerome had eight tackles on the day. He had two sacks for 11 yards and 3.5 tackles for loss, plus the forced fumble. Jack Sendelbach led the Eagles with 12 tackles, and Jusstis Warren also had eight.

Eastern Washington started the fourth quarter facing third and 34 when Barriere broke his school record after he found Merritt downfield for a 39-yard strike and the first down. Barriere would end the drive on a 33-yard touchdown pass to Jakobie James. It would be the first career touchdown for James on Barriere’s school record eighth touchdown.

The final score of the game for Eastern was orchestrated by Talkington, who led a 13-play, 98-yard drive that took 5:01 off the clock. The drive ended on an 18-yard touchdown pass from Talkington to Robert Mason III who scored his first career touchdown, and also earned his first career start against the Vandals.

Eastern Washington held the Vandals to just 182 rushing yards and 140 through the air. Idaho was just 3-of-14 on third down conversions, while the Eagles were 8-of-11. Idaho scored one last time on a one-yard rush, but the Eagles cruised to the 71-21 victory.

Virginia Tech all business in Columbia

Virginia Tech all business in Columbia

Wet Rooms Are the Dreamy Decor Trend Taking Over Pinterest 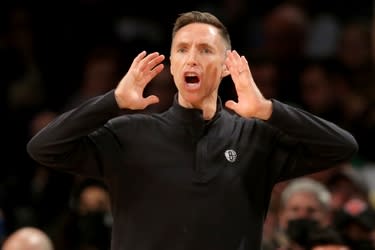