A provision in the House of Representatives’ version of the Build Back Better Act would boost the tech industry’s efforts to hire foreign-born workers amid labor shortages, as it would ramp up the availability of green cards.

But it’s drawing flak from some Republicans, who argue the Democratic-run House’s legislation would harm American workers.

The provision calls for “recapturing” hundreds of thousands of unused green cards from the last four decades and making them available to green-card applicants. There also would be exemptions from annual and per-country limitations if applicants pay an extra fee, enabling those who have been waiting for two years or longer to become permanent U.S. residents more quickly. A green card, officially called a “Permanent Resident Card,” lets a person live and work permanently in the country.

— joined with 94 organizations this month to send a letter to lawmakers in support of the provision.

The provision would “add $4 trillion to the U.S. GDP over ten years” and “add hundreds of billion dollars in revenue to state, local, and federal government,” the Nov. 2 letter said, citing an analysis from a think tank, the Niskanen Center.

The think tank’s analysis said unused green cards are “a permanent drag on the U.S. economy,” as the labor force is “left consistently smaller than Congress intended” and employers “leave important positions vacant.” The unused cards have come about “due to administrative challenges and more recently because of the COVID-19 pandemic,” the analysis also said.

An estimated 400,000 green cards would get recaptured due to the proposed provision, with just over half going for families and the rest for employers, according to a Wall Street Journal report citing a congressional aide familiar with the projection.

The Republican criticism has come from Sen. Bill Hagerty of Tennessee and Rep. Jim Banks of Indiana, who have tweeted their objections and written a joint op-ed in the Hill describing the provision as a “giveaway to Big Tech” that will “hurt American workers.”

“At a time when we are actively encouraging students in our home states to work hard, seek STEM skills and aspire to the high-tech jobs of tomorrow, this legislation would create an unending, permanent pipeline of foreign labor for Silicon Valley giants to use in place of aspiring American youth,” the two GOP lawmakers wrote in their Nov. 5 op-ed, referring to science, technology
XLK,
,
engineering and math skills. “And American workers currently employed by these companies will be far less likely to see wage gains because they can be replaced at less cost with workers imported from overseas.”

A spokesperson for Hagerty noted that Facebook reached a settlement last month to resolve the Justice Department’s allegations that the social-media giant discriminated against U.S. workers.

“It is our belief that we should be preparing Americans for the STEM jobs of today and tomorrow, rather than greenlighting unlimited, permanent foreign labor competition, which will damage American workers’ opportunities and wages in the short and long-term, simply because that’s in the financial interests of Big Tech.”

TechNet, for its part, said the provision focused on green cards and other immigration-related measures in the House’s social-spending and climate legislation wouldn’t hurt American workers.

“If left unaddressed, the talent shortage of workers with a post-secondary degree in the U.S. will result in more than 9 million job vacancies and $1.2 trillion in lost production over the next decade. The large numbers of job vacancies in the innovation economy demonstrate that immigrants don’t take jobs from American workers. Quite the opposite,” said the trade association’s vice president of federal policy and government relations, Peter Chandler, in a statement.

“Data shows that immigrants increase opportunities for American workers and create more jobs in every state in this country. Nearly half of America’s Fortune 500 companies are founded by immigrants or the children of immigrants, with those companies employing more than 14 million people.”

Related: Here’s what’s in and out of Democrats’ big social-spending plan — for now

Chandler also said his group supports efforts to boost Americans’ STEM skills, but that’s not the only solution for labor shortages.

“TechNet has long championed immigration reform as part of a two-prong approach to increase the talent needed to compete globally. While we need to invest more in STEM education at an early age, that is a two-decade investment. Vacancies exist now, and we shouldn’t turn away talented individuals who want to come to the U.S. and put their talents to work for the American economy,” he said.

Opinion: The simple way to ease the labor shortage is to raise limits on legal immigration

With a $1 trillion bipartisan infrastructure
PAVE,

bill set to be signed into law on Monday, President Joe Biden and his fellow Democrats are renewing their focus on their $1.75 trillion social-spending and climate package. Biden has said he’s confident the House of Representatives will approve his “Build Back Better” plan next week, though the Senate is expected to move more slowly as moderate Democratic Sen. Joe Manchin of West Virginia raises concerns about what any additional spending could mean for inflation.

Democrats have slim majorities in the House and Senate, meaning individual lawmakers and small factions have the power to change or block provisions in the “human infrastructure” bill.

“The scale and scope of the final package will be altered in the coming weeks due to ongoing negotiations and the overarching fears regarding inflation, but we continue to believe that the odds favor a $1T+ social infrastructure package becoming law by the end of the year,” said Isaac Boltansky, director of policy research at BTIG, in a note on Friday.

As Virus Surges, Colorado Opens Up COVID Boosters To All Adults

The Hair-Loss-Treatment Market Is Full of Hollow Promises 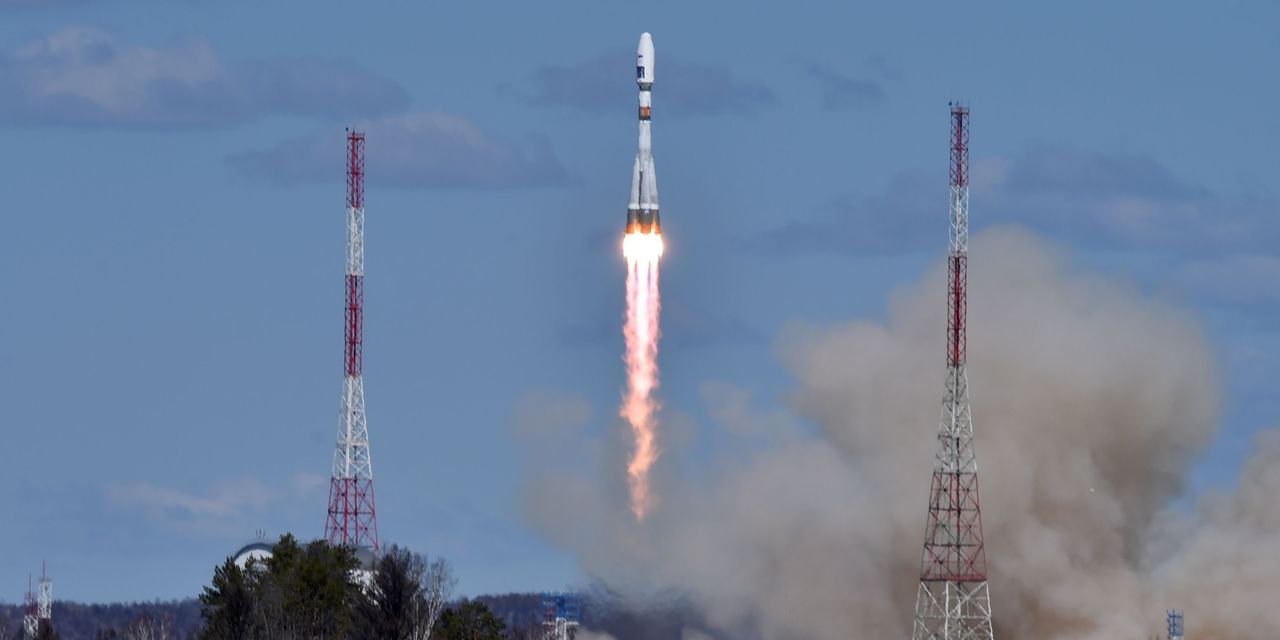 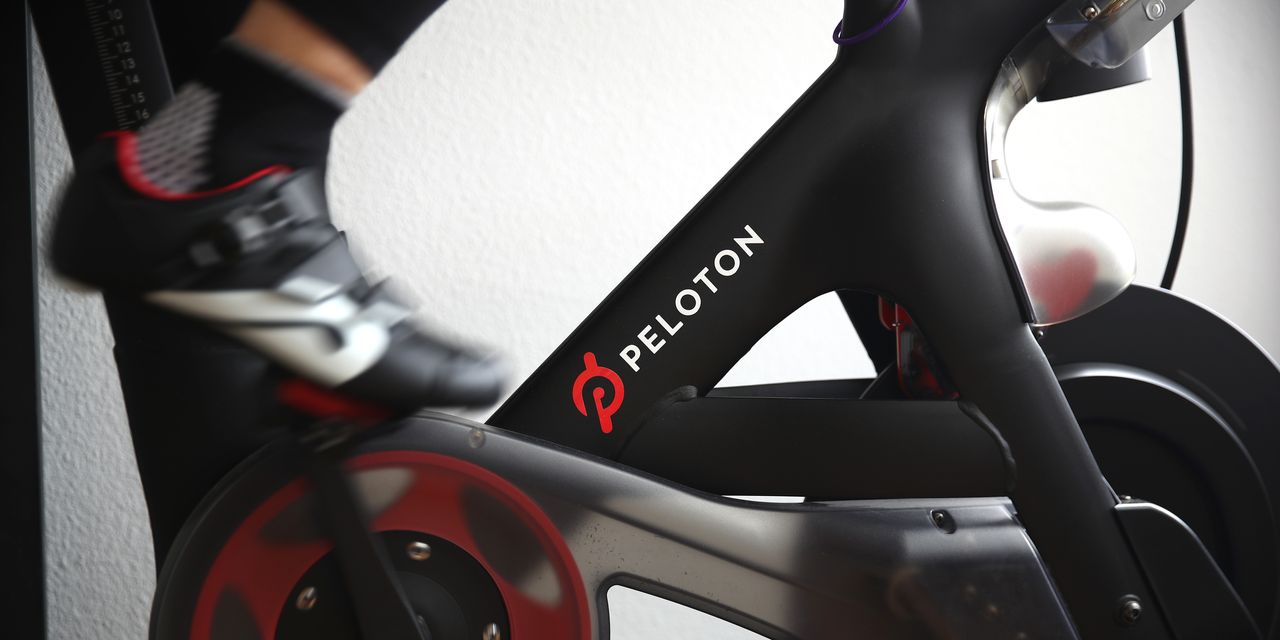 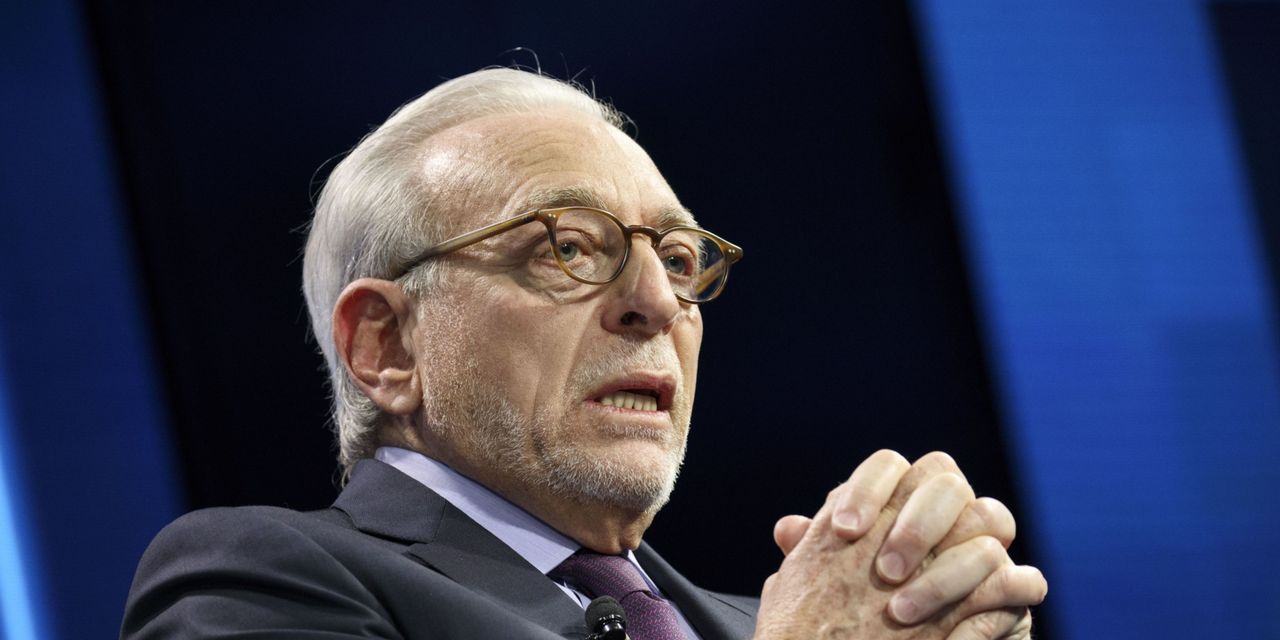 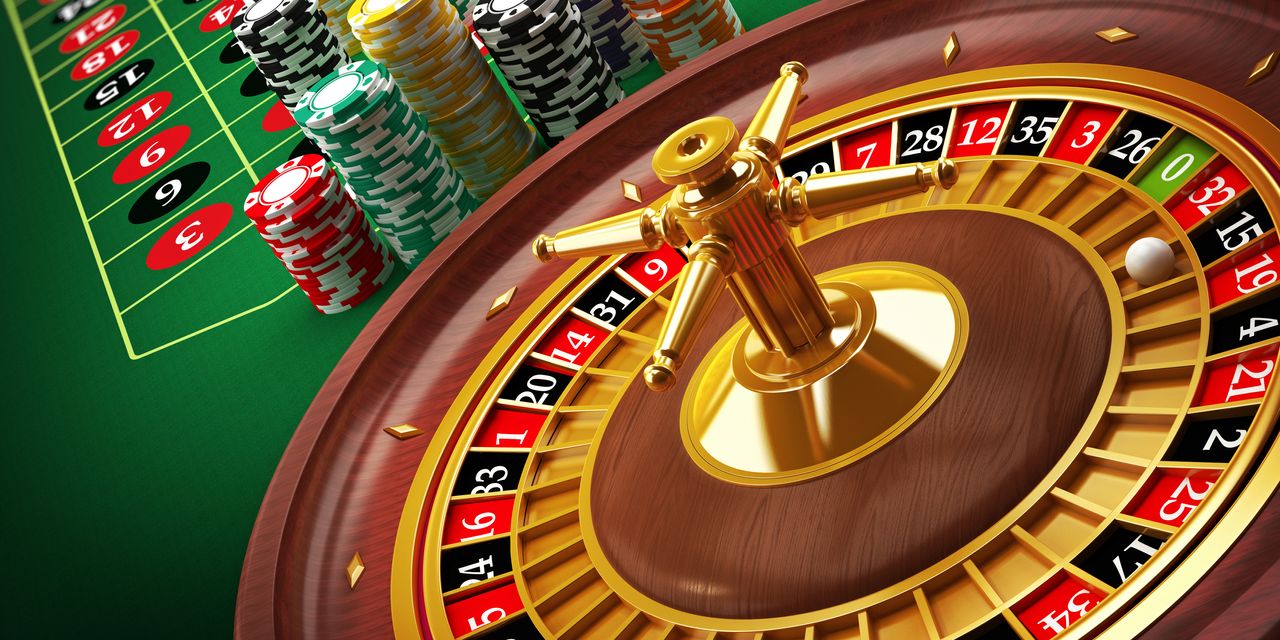 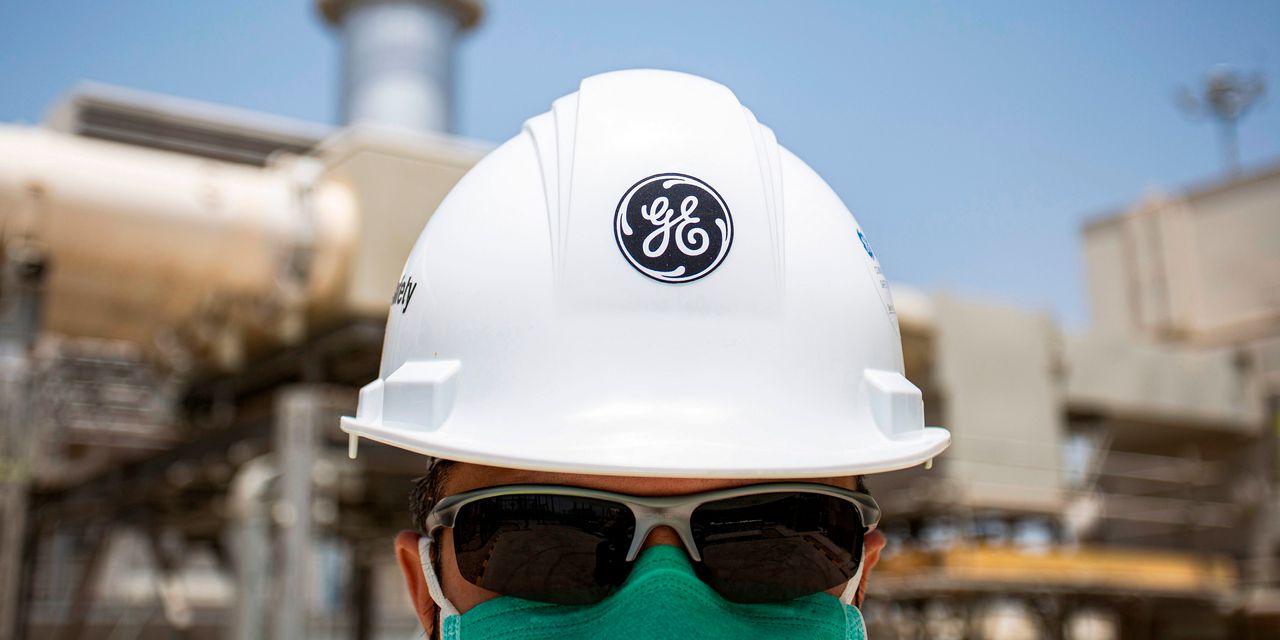 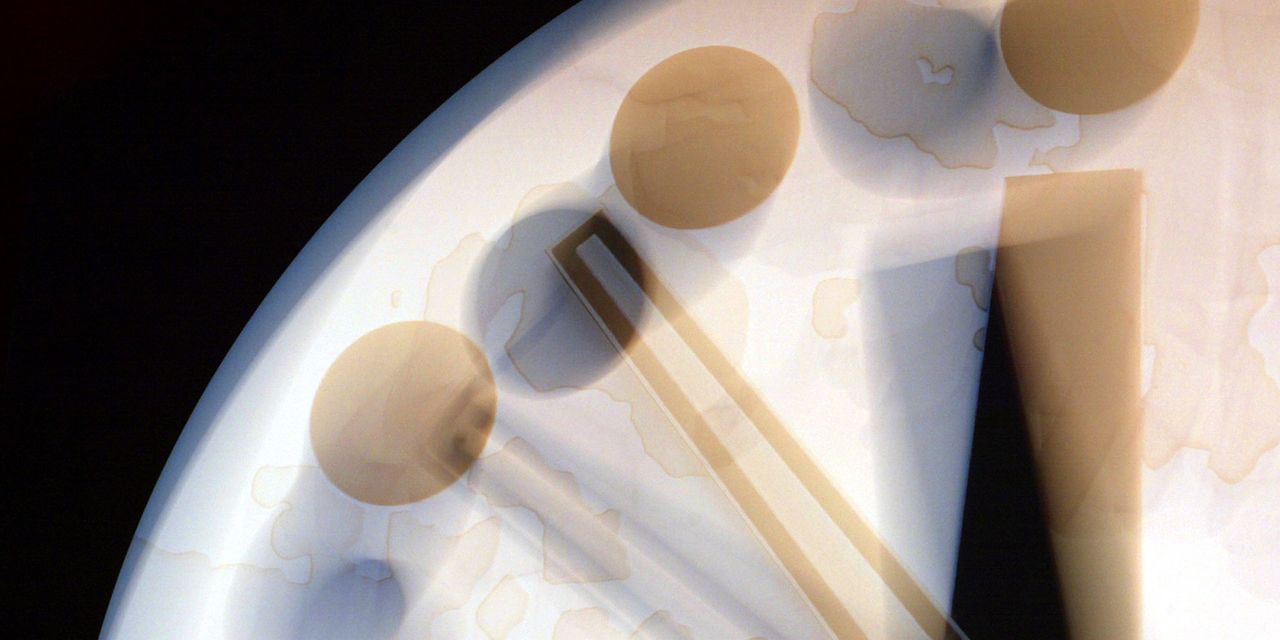