Germany’s federal elections on September 26, 2021 looked rather bleak. Every major party, from Angela Merkel’s center-right CDU (Christian Democrats) to the center-left SPD (Social Democrats), underperformed to their expectations. Yet while Germany as a whole lamented the fragmentation of its political order and the uncertain road ahead, Berlin celebrated a victory. Jubilant voters took to the streets following resounding support for a non-binding resolution to expropriate all major landlords in the city-state with more than three thousand units. Over 59 percent of voters in the capital supported the proposal, which involves the public acquisition of over 240 thousand housing units in Berlin, more than 15 percent of the entire city’s housing stock.

Berlin leans substantially further left of center than the rest of Germany, currently governed by a leftist red-red-green coalition, which includes the Left, a direct successor party to the Marxist-Leninist ruling party of East Germany. This coalition may very well represent the Germany and Europe of the coming decades. Berlin’s referendum provides interesting insight into the future of urban housing policy in the West, signaling a consequential shift away from the post-Cold War policy of privatizing housing stock.

The Road to the Referendum

Berlin’s referendum was the result of decades of rising rents and popular discontent. The road to this year’s referendum can be traced back to the end of World War II, where catastrophic destruction from bombing prompted housing shortages and a large-scale housing development program in both the DDR (German Democratic Republic, or East Germany) and the BRD (Federal Republic of Germany, or West Germany). However, due to the differing economic orientations of the two German states, housing policy differed substantially between the two parts of Berlin. Reconstruction in the West was largely financed by the Marshall Plan. Meanwhile, housing in East Berlin was state managed during the forty years of the GDR. This led to minimal investment in upkeep and increasingly degraded infrastructure.

After reunification, a large number of poorly maintained housing units were sold to private investors for rock bottom prices. In total, over 200,000 units of former public housing stock were sold to private equity and hedge funds beginning in 1990. Foreign investment poured into the city, prompting substantial gentrification. Throughout the 1990’s but especially during the 2000’s, young professionals flocked to Berlin, driven by the comparatively low cost of living. The majority of these new arrivals rented property, driving the proportion of tenants up to approximately 85 percent of all residents.  Exponential increases in rent levels ensued. In the ten year period between 2009 and 2019, rent rates in the city more than doubled.

The progressive increase in the cost of living prompted public backlash, leading to attempts to regulate exploding rent levels in Berlin. The most consequential of these, a five-year rent freeze, was passed by the city’s legislature, but was subsequently deemed unconstitutional, throwing rent regulation into a limbo. As popular frustration boiled, the referendum emerged as an efficient way to prompt substantive changes in housing policy.

Complex as Berlin’s history may be, its infrastructural concerns are far from exceptional. Housing in major Western cities is often characterized by exploding costs, both for tenants and homeowners. The exponential increases in living costs have made city centers largely inaccessible for all but the wealthiest citizens, forcing everyday workers to move increasingly far from their places of employment.

The exile to ever more distant suburbs is likely untenable under social pressures for decreasing commute times and lower transportation emissions. While remote work may provide a partial solution, substantive changes in housing policy within major urban areas remain needed. Berlin’s proposal of expropriating private landowners may set off alarms of parallels with Communist housing policy. Yet this need not be: successful precedents for substantial expansion of public or subsidized housing in relatively free markets do exist.

Singapore stands as a prime example for government acquisition of housing stock as a successful approach in highly urbanized housing markets. Like Berlin, Singapore has a complex history of housing policy, with government intervention dating back as far as the 1950s. The city-state experienced a population explosion during the postwar era, leaping from 940,000 to 1.7 million between 1947 and 1957. Housing quality deteriorated rapidly, with many citizens living in decrepit structures resembling sweathouses and shacks. In response, a series of government institutions including the Housing and Development Board (HDB) were established. An aggressive building campaign ensued, such that by 1965, 50,000 units had been built, accommodating almost a quarter of the population. This approach of building cheap, large-scale public housing projects was continued through the late 20th century up to today through the construction of large housing estates. Singapore’s model has been remarkably successful: currently over 80 percent of Singaporeans live in housing built and managed by the HDB. Aggressive state intervention has allowed for fairly affordable and accessible housing in a densely populated area with extremely limited space. Might a similar approach be effective in Berlin?

The Asian model does come with clear caveats. Firstly, it relies on a highly efficient governing structures unlikely to be easily replicated in Europe or North America. Indeed, public housing projects in the West already exist and are often far from successful. It is unclear whether a large-scale expansion of public ownership of housing stock could be managed as successfully in the West as it has been in Asia. However implementing such projects at the state level, as opposed to the national, might bring some of the advantages of Singapore’s model, including localized control over funding and more limited, feasible projects. Yet it is unlikely that even state or province-level oversight will successfully replicate the efficiency of the Eastern model. Secondly, expansion of public ownership of housing raises the possibility of political manipulation. Consider a state withholding improvements for housing based on voting patterns, or creating ethnic quotas for tenants. It remains uncertain whether expropriating private landlords would ultimately be a successful approach in the West to tackle the challenges of housing in the coming decades.

Other approaches could potentially offer better solutions for addressing issues of housing affordability in urban centers. Fundamentally, overpriced housing signifies a shortage of housing supply and an excess of demand. Simply transferring ownership of housing to the state fails to adequately address the root causes of rising rent levels. Density in Berlin is comparatively low: at just over 4,000 inhabitants per square kilometer, levels are about half as high as those in Singapore, and lower than other European capitals like Paris and London. Available land is fairly abundant, unlike in Singapore, which operates under substantial space constraints. In Berlin’s case, focusing on acquisition of existing housing stock may be far from the most effective solution to rising rent levels.

A more reasonable approach for the German capital would be liberalizing zoning policy and  aggressively increasing new housing construction. Two elements are especially important here. The first is a consequential revisiting of land use and zoning regulations. Berlin generally follows a mixed-use zoning policy, which while beneficial to the quality of life of citizens, makes it more difficult to build large amounts of residential housing in one area. Restrictions on construction due to noise pollution and esthetic cohesion further impede new housing development. Instead of focusing on dealing with existing housing stock, Berlin should address the root of the demand problem and drastically facilitate and expand construction.

The second element involves repealing restrictions on specific building types, including high-rise constructions. Berlin has been remarkably reluctant to approve construction of new residential or multi-purpose high-rises, particularly those over 150 meters. High-rise buildings could provide a substantial and relatively cost effective influx of new housing stock to the city. Instead of haggling over height restrictions, policymakers should drastically cut back current regulations and facilitate new investment. New housing will ease the pressure on the existing stock and drive down the drastic increases in rent levels prompted by shortages.

What’s Next for Berlin?

The future of housing policy in Germany is unlikely to be influenced significantly by the results of Berlin’s referendum. Indeed, the road ahead for the proponents of expropriation seems rocky both constitutionally and legislatively. Berlin’s mayor-elect, former family minister Franziska Giffey, openly claims that she does not support the expropriation proposal. Well-intentioned as the referendum proposal may be, it seems unlikely to deliver results through heavy-handed government involvement. One can hope that instead of clamoring in the streets to call for government acquisition of housing stock, the people of Berlin will instead dedicate themselves to a cause more likely to solve their predicament, namely the dismantling of archaic and prohibitive housing constraints. Ms. Giffey, tear down these regulations.

Has Europe finally had enough of politicians like Schröder making big money from Russia?

Has Europe finally had enough of politicians like Schröder making big money from Russia?

I said goodbye to Louie Anderson amid his cancer 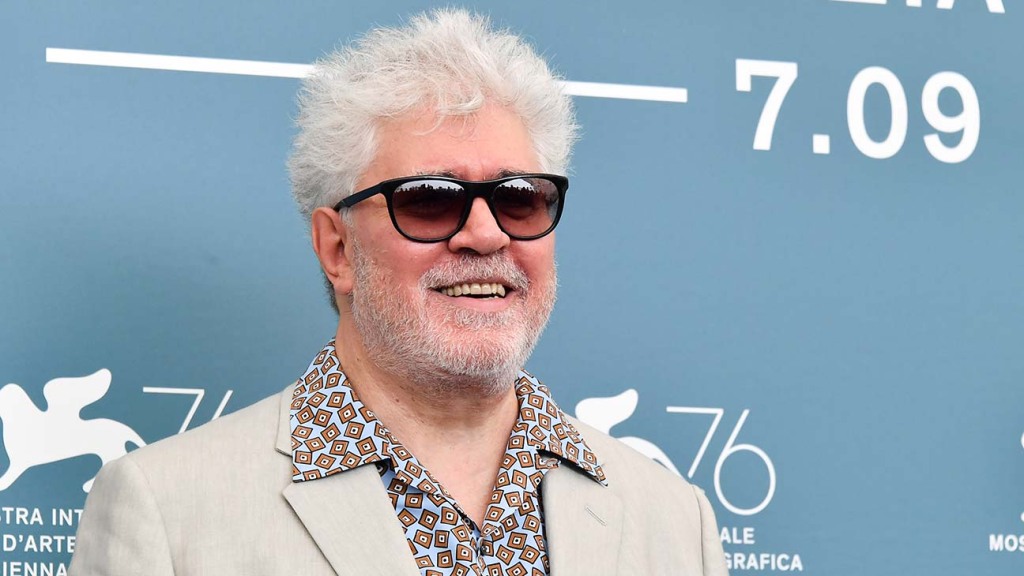 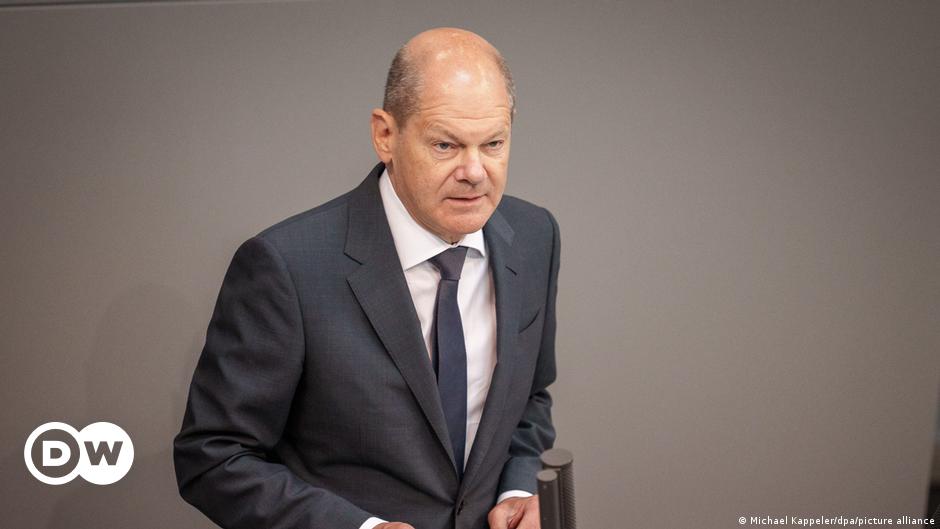 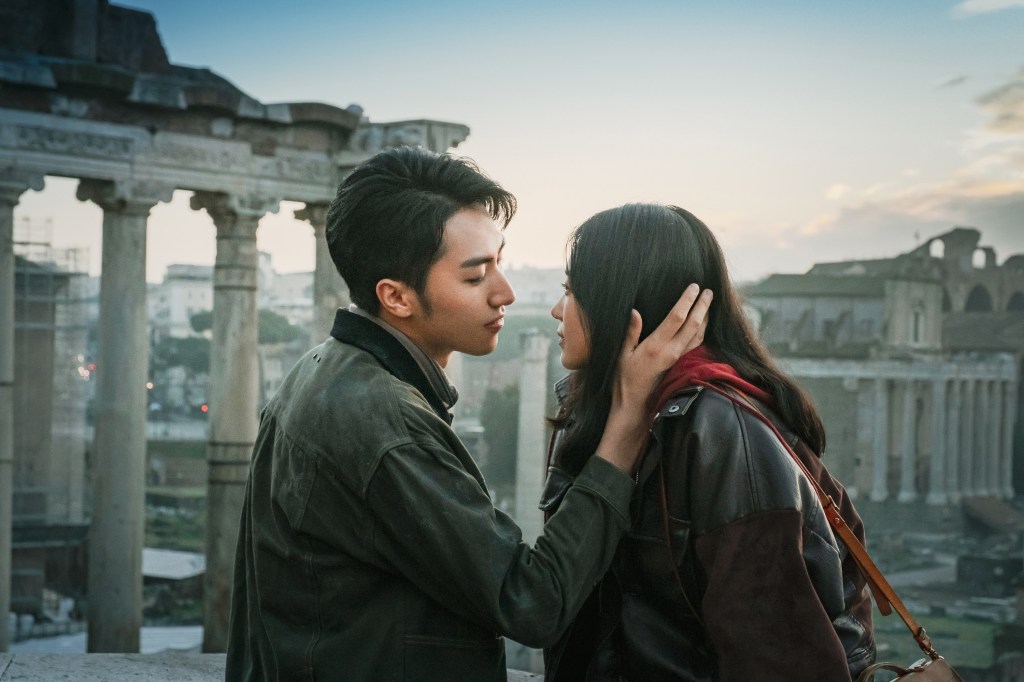 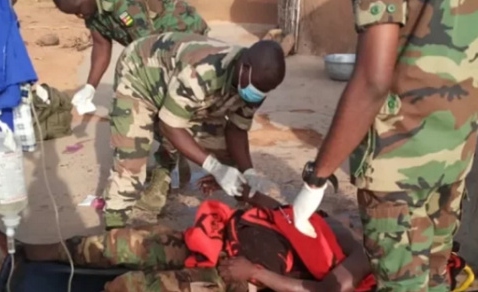