Apple Inc. and Google argued to U.S. lawmakers Tuesday that bipartisan antitrust legislation aimed at curbing the power of big technology companies would harm the privacy and security of users if it becomes law.

“After a tumultuous year that witnessed multiple controversies regarding social media, whistle-blower allegations of long-ignored risks to children, and ransomware attacks that hobbled critical infrastructure, it would be ironic if Congress responds by making it much harder to protect the privacy and security of Americans’ personal devices,” Tim Powderly, Apple’s senior director of government affairs, said in the letter. “Unfortunately, that is what these bills would do.”

The first bill mentioned in the letter — legislation sponsored by Klobuchar and Grassley — would require some changes to dominant tech platforms that Apple says would allow iPhone and iPad users to install apps outside of the App Store, a process known as sideloading.

If the bill were to become law, sideloading would upset key elements of Apple’s business model. It would make it difficult or impossible for Apple to collect its 15% to 30% App Store commission, and it would disrupt the company’s privacy and security stance.

There is bipartisan momentum for passing legislation that would address the market power of the biggest U.S. tech companies. Although congressional leaders have focused their attention elsewhere, an antitrust bill aimed at technology giants could become increasingly attractive as other Democratic initiatives stall and the window closes to notch legislative wins before November’s midterm elections.

Alphabet Inc.’s Google, meanwhile, criticized the legislation in a blog post, saying it would hamstring popular products such as Google Search and Gmail. Like Apple, Google said the bills would threaten user security and privacy and end up harming consumers.

“Legislation being debated in the House and Senate could break these and other popular online services, making them less helpful and less secure, and damaging American competitiveness,” Google Chief Legal Officer Kent Walker said in the blog post. “We’re deeply concerned about these unintended consequences.”

A coalition of smaller tech companies endorsed the Klobuchar-Grassley legislation Tuesday, saying it would “help restore competition in the digital marketplace and remove barriers for consumers to choose the services they want.”

The group, which includes Sonos Inc., Yelp Inc. and Zynga Inc. founder Mark Pincus, said in an open letter to Durbin and Grassley that dominant companies are “abusing their gatekeeper status to give themselves and their partners preferential treatment and access on their platforms.”

Apple’s letter included similar arguments to those made in last year’s trial with Epic Games Inc. and during speeches from Apple executives, including one from software chief Craig Federighi last year. Like Alphabet and Amazon.com Inc., Apple has been under scrutiny from governments worldwide about what some consider to be anticompetitive practices.

The Klobuchar-Grassley bill would prohibit companies from giving an advantage to their own products over those of smaller competitors that depend on their platforms. Critics of the legislation have warned that this would fundamentally change how consumers access popular products such as Apple Music, Google Maps and Amazon Prime.

Apple said in the letter that the bills “erect very steep obstacles” for the company to instate new privacy controls. The company also said that the legislation would put its new App Tracking Transparency feature, which makes users approve whether apps can track them across other apps and websites, “in jeopardy.” The feature has been criticized by Meta Platforms Inc. and other social media companies for hurting ad revenue, but Apple maintains that the mechanism has seen “overwhelmingly positive” feedback from users.

The Senate Judiciary Committee plans to consider the Klobuchar-Grassley bill as soon as this week. Apple said in its letter that senators should add language to the bill that allows for conduct that “increases consumer welfare,” the traditional standard for antitrust enforcement. The company said it also wants to “continue working with the committee to find workable solutions to address competition concerns while protecting consumers’ privacy and security going forward.”

The House Judiciary Committee approved a similar bill in June of last year as part of a six-bill package of antitrust legislation. Those bills have been stalled as the Democratic-led House pursues other priorities such as government funding, a bipartisan infrastructure bill and voting rights legislation.

The Biden administration hasn’t explicitly endorsed the Klobuchar-Grassley bill in public, but White House Press Secretary Jen Psaki said this month that the president is “encouraged to see bipartisan interest in Congress in passing legislation to address the power of tech platforms through antitrust legislation and to protect privacy.”

Apple’s complaints also apply to a bill from Connecticut Democrat Richard Blumenthal and Tennessee Republican Marsha Blackburn aimed at changing how Google and Apple treat third-party app developers on their mobile devices. Companies such as Spotify Technology and Match Group Inc. have pushed for this bill to address app store commission fees and what they describe as anticompetitive conduct by companies they say have a duopoly over the mobile market.

Google shifts employees out of Russia

Google Messages users in India are reportedly drowning in ads

Google shifts employees out of Russia

Google Messages users in India are reportedly drowning in ads Google just declared bankruptcy in Russia, but insists it will keep offering free services there | Fortune 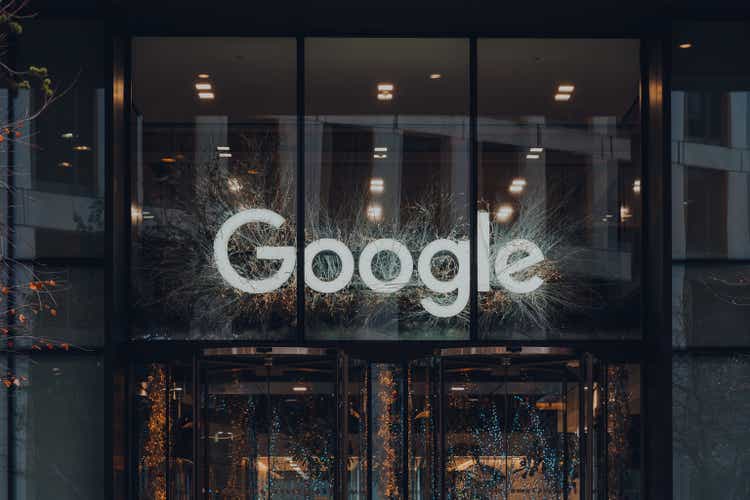