Market segments evolve, as people’s habits and perceptions change. This is becoming particularly obvious in the pharmaceutical industry. We’ve seen it in the last few years with the cannabis segment, which is experiencing something of a boom since Canada enacted full legalization in 2018. The substance was already becoming more socially acceptable; now, it has moved more and more mainstream ad legalization regimes are expanding, along with opportunities for investors.

We may be seeing the beginning of a similar movement in psychedelic drugs. This is a class of drugs, usually considered controlled substances and illegal for personal possession and use, with growing applications in neurology, mental health, and pain relief. Several biopharma companies are focusing their research into this field, and early investors are moving capital towards them.

There are a number of factors underlying the emergence of the psychedelic drug segment. A need for new mental health treatments is gaining attention worldwide, and as the cannabis industry shows, both public and governmental attitudes toward controlled substances are shifting more and more toward acceptance. To give two examples of the latter, the California city of Oakland has decriminalized psilocybin, and Canada has legalized the same substance a palliative treatment for terminal cancer patients.

Globally, it’s expected that the total addressable market for psychedelics – especially psilocybin, the active ingredient in ‘magic mushrooms’ – will reach $10 billion in the second half of this decade. It’s estimated that psychedelic-focused pharmaceutical companies may see revenues of $7.57 billion by 2028.

This has Patrick Trucchio, an analyst at H.C. Wainwright, bullish on the long-term outlook for psychedelic stocks. In fact, Trucchio argues that there are two exciting plays that could quadruple in value – or even more – in the next 12 months. We’ve used the TipRanks platform to look up the details on those two tickers, and found that they hold Strong Buy ratings from the rest of the Street as well. Here’s the scoop.

The first stock we’ll look at is Field Trip, a company at the forefront of new treatment protocols for depression, as well as generalized anxiety disorder, and trauma. These are known as treatment-resistant conditions, and traditional mental health therapeutic paths have a high rate of failure. Field Trip aims to improve the success rate of mental health treatment, a field with a $16 billion market in the US.

The company is working mainly on a combination therapy, using both talk therapy and derivatives of ketamine, a drug long-used as a veterinary anesthetic. Ketamine was approved for human use as an anesthetic in 1970, and over time its anti-depressant properties came to view. Ketamine causes a ‘dissociative experience,’ or a hallucinogenic trip, and requires supervision for use; at Field Trip, psychotherapists provide that supervision, and guide patients in discussing the experience. Field Trip operates 9 psychotherapy clinics offering its ketamine-assisted treatments, and has another 9 in construction.

The company is also working on additional treatments. Field Trip is developing FT-104, a novel psychedelic compound with a patent pending. FT-104 is a synthetic molecule, a 5HT2A receptor agonist, and is currently undergoing preclinical studies. Clinical trials, which have been delayed by the COVID pandemic crisis, are now planned for 1H22. Prior to clinical trials, the company will release data on GLP toxicology and safety pharmacology. The chief indications for this drug candidate will be treatment resistant depression and post-partum depression.

During the recent third quarter, Field Trip announced a new drug candidate molecule, with the structure of classical psychedelics and a demonstratively more selective as 5HT2A receptor agonist activity than FT-104. The new molecule is part of a group of related compounds that Field Trip is working on, and calls the FT-200 group. The improved selectivity offers an increased safety profile for the new drug group.

H.C. Wainwright’s Trucchio sees multiple pathways for Field Trip to advance toward profitability, with upcoming clinical trials being a key point for investors. On that track, he believes that FT-104 will be a key.

“Final manufacturing of clinical trial material is scheduled for production to enable FT-104 to move into Phase 1 clinical trials in 1H22. Recall that key considerations for psychedelic-enhanced therapy in psychiatry include the necessity of the psychedelic experience, the duration of the experience, and the durability of the treatment, among others. FT-104 was designed with these considerations as well as safety and tolerability in mind… a planned Phase 1 trial that in addition to safety and tolerability data should also include details on treatment duration could be a key de-risking event for the program, in our view. Moreover, FT-104 could soon have among the most robust intellectual property protection in the space,” Trucchio opined.

Trucchio uses these comments to back his Buy rating, and his C$25 price target (US$19.78) implies a robust upside of 516% for the year ahead. (To watch Trucchio’s track record, click here)

H.C. Wainwright isn’t the only bullish stance on Field Trip; the company has 5 analyst reviews on record and they all agree that it’s a Buy proposition, making a unanimous Strong Buy consensus. The shares are priced at $3.21 and the average target of $12.39 suggests the stock has room to run 286% in the next 12 months. (See FTRP stock forecast on TipRanks)

Next up is COMPASS Pathways, a leader in psychedelic drug development. COMPASS is working on creating new treatments from psilocybin, the active ingredient in the so-called ‘magic mushrooms.’ COMPASS is working with psilocybin to create new therapies for treatment-resistant depression, a major issue in current mental health programs. Psilocybin’s effects are similar to those produced by LSD or mescaline, and include a distorted perception, especially in the perception of time.

Psilocybin has been the subject of medical research since the 1960s, a track that picked up in the early 2000s. Three years ago, the US FDA granted Breakthrough Therapy Designation to COMPASS’ psilocybin-assisted therapy for major depressive disorder and treatment-resistant depression, a move that put new life into the company’s clinical research.

COMPASS has been releasing details on that research over the past several weeks. On November 9, the company announced positive top-line results from a 233-patient Phase IIb study of COMP360, its leading drug candidate. COMP360 is a psilocybin therapy for treatment-resistant depression, used as a single does with psychological support. Patients in the study showed a ‘rapid and sustained’ response to treatment with a single dose. Clinically relevant reduction in depressive symptoms lasted as long as three weeks after dosing, with longer effect for higher doses up to 25mg.

Further data released earlier this month showed that the primary and secondary endpoints of the study confirm the topline results. Patients reported benefits beyond reduction of depression symptoms, and COMP360 was well tolerated. Results of this Phase IIb study, with an emphasis on determining proper dosage, will be used to plan a larger Phase III pivotal trial in 2022.

One important factor, however, differentiates COMPASS’s treatment from other novel pharmaceuticals: psilocybin cannot be patented, as it is produced in large quantities in nature, by multiple species of mushrooms. Difficulties in protecting intellectual property will put an important headwind when COMPASS moves to commercialize the drug.

Even so, H.C. Wainwright’s Trucchio is bullish here. The analyst notes a couple of factors that bode well for the program: “First, we believe the potential pivotal Phase 3 program could include the potential for flexible dosing, [and] could include the option for a second exploratory (active drug) session; we believe this could address variability of response among patients with TRD, who by definition are more difficult to treat. Secondly, clarity on the clinical development pathway should arrive in 1H22 following end-of-Phase 2 meetings with regulators including EMA (Europe) and FDA (U.S.), which so far have been open-minded in their approach to the clinical development of psilocybin, which we note has Breakthrough Therapy status in the U.S…”

To this end, Trucchio rates CMPS a Buy along with a $120 price target. Investors could be pocketing gains of ~327%, should Trucchio’s forecast hit the mark over the next 12 months. (To watch Trucchio’s track record, click here)

Overall, we’re looking at a stock that has a unanimous Strong Buy consensus rating, despite its highly speculative nature; all 8 of the analysts who have reviewed this one recently agree that it’s a Buy. The average price target of $84.75 implies an upside of 201% by the end of next year. (See CMPS stock forecast on TipRanks)

Disclaimer: The opinions expressed in this article are solely those of the featured analysts. The content is intended to be used for informational purposes only. It is very important to do your own analysis before making any investment.

Razer made an RGB MagSafe fan for true gamers 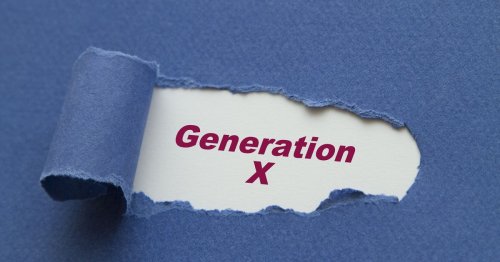 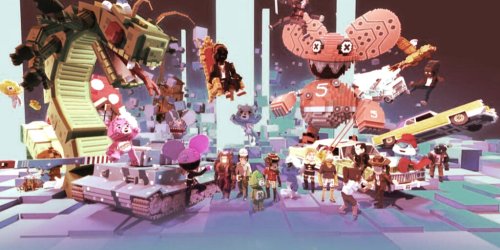 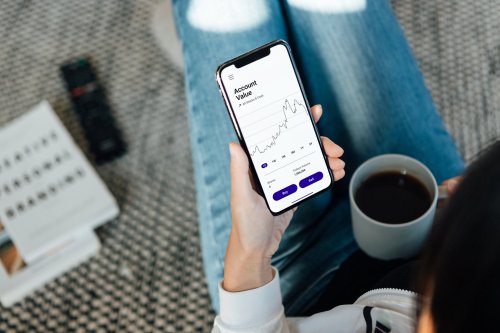 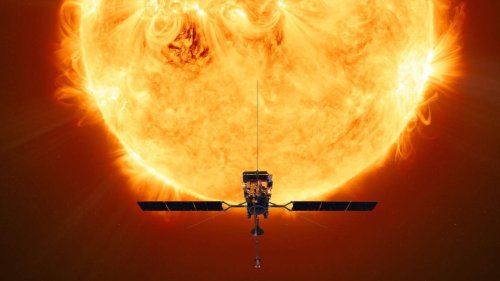 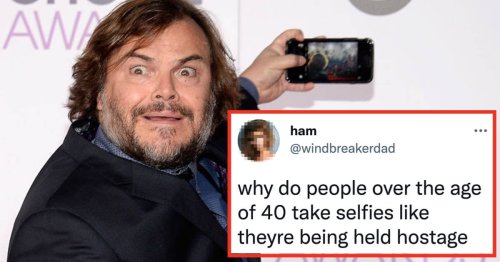 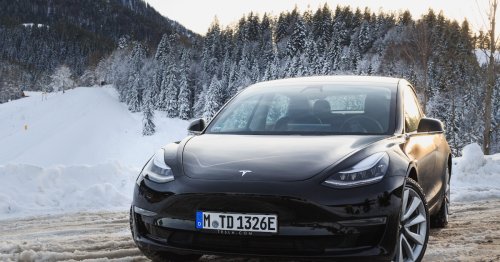