Baylor rolls on. The Bears are still No. 1, by a landslide. Still unbeaten, winning by an average of 25 points a game. Still the defending national champions, though that’s not quite right, since four of the starters from last spring’s march to glory are now playing pro. But the guys left behind, and the new faces added . . . yeah, they seem very intent on defending something.

Baylor rolls on, sweeping through Ames, Iowa over the weekend, going wire-to-wire against Iowa State in only the fourth Division I matchup of two 12-0 or better teams in 40 years. The Bears have now played two top-10 powers this season — Iowa State and Villanova — and were ahead for 79:19 of the 80 game minutes. They have now beaten nine top-10 opponents in a row. They have now led by double figures in 40 of their 43 games the past two seasons.

Baylor rolls on, undeterred even so far by the Omicron variant. To date, the Bears have been able to play the schedule before them. Not so, for many of the names behind them in the polls.

Anyone remember Duke? As of Monday, the 11-1 Blue Devils had not played a game in 12 days, idling in the No. 2 ranking. They haven’t played a road game in five weeks, back to their only loss at Ohio State. They’ll resume the season Tuesday against Georgia Tech at home. If they go to Wake Forest as scheduled on Jan. 12, it’ll be their first road game in 42 days.

Anyone remember Michigan? Once upon a time, the Wolverines were No. 4, but then hit an icy patch and now own a 7-5 record that is among the more disappointing in the nation. Their only win in the past 27 days was against Southern Utah. Their only game in the past 16 days has been a 14-point loss at UCF. They’ll try to start the road back Tuesday at Rutgers.

Anyone remember UCLA? The Bruins have had six games scrubbed. They’re 8-1 and still ranked in the top five, but the voters are doing it by memory. UCLA has played once in 33 days, and that was an 11-point victory at Marquette more than three weeks ago. The Bruins’ next game — on the schedule, anyway — is Arizona State on Wednesday.

Anyone remember USC? The 12-0 Trojans are one of the last three remaining unbeatens. Their No. 7 ranking in last week’s Associated Press poll was their highest in 47 years. All that has been unchallenged since their last game 16 days ago. They’re due at California on Thursday.

Anyone remember Arizona? Tommy Lloyd started his career 11-0. The last Pac-12 coach to do that was Stanford’s Walter Powell 101 years ago. This was to be the trial-by-fire portion of the schedule for the 11-1 Wildcats with road games at ranked Tennessee, UCLA and USC. They lost by four points at Tennessee but that was nearly two weeks ago. The UCLA and USC games never happened. They have had to stew on that first defeat but are home to Washington Monday night.

Anyone remember Gonzaga? The 11-2 Zags just had their first weekend of West Coast Conference play wiped out. Next is a Thursday home game with San Francisco. The Dons are 13-1 so that should be interesting. Assuming it occurs.

Anyone remember Colorado State? When last seen, the Rams were beating Mississippi State 66-63 to move to 10-0. That was more than three weeks ago. They’re still 10-0, another of the three unbeatens, and changed position three times in the AP top-25, without playing a game. They’re due to host Air Force Tuesday night. “You’ve got to get over circumstances that are beyond your control,” coach Niko Medved said the other day. “If you don’t, it’s just going to eat you alive.”

So it’s another season of stops and starts, Meanwhile, Baylor rolls on.

The Bears have now won 19 games in a row and are 41-2 since the start of last season. The last team to beat them was Oklahoma State in the Big 12 tournament. Their only loss at home in the past 34 games is a three-pointer to Kansas in 2020.

Baylor has to be admired for its balance. All this firepower, and nobody averages more than 13.5 points a game. The Bears are 14th in the nation in scoring offense, tied for 10th in scoring defense.

Baylor has to be admired for its efficiency. The Bears are sixth in the nation in assists, ninth in turnover margin, 11th in steals, 14th in assist-turnover ratio, 17th in shooting.

Baylor has to be admired for how the beat goes on. Four starters gone — only Flo Thamba returned — and the Bears are looking more No. 1 than ever? This has been replenishing from the program, rather than just importing a SUV load of fresh blood. To be sure, there are new players in the mix; guard James Akinjo from Arizona helps run the offense, and freshmen Kendall Brown and Jeremy Sochan have quickly become important. But LJ Cryer, Adam Flagler, Matthew Mayer, Jonathan Tchamwa Tchatchoua are all key Bears and all put in their time on the Baylor bench last season. None of them started a game. Now they’re four of the top seven scorers.

College basketball is back to not knowing what tomorrow will look like. There were 63 games scrubbed in the first two days of 2022. Michigan, Memphis, Oregon, North Carolina, Florida State, Maryland and Virginia were big names with their customary top-25 rankings earlier in the season. None of them are there anymore.

Alabama beat Gonzaga and Houston but lost to Davidson. Arkansas started 9-0 but lost to Hofstra. Florida beat Ohio State but lost to Texas Southern. Tulane lost to Toledo, Southern, Valparaiso and Charleston — twice — but beat Memphis and Cincinnati. North Carolina State took Purdue into overtime but has dropped five in a row, including by 14 points at home to Wright State.

North Carolina has not played a game decided in single digits since Nov. 20, and only two all season. In their past three games, the Tar Heels have lost by 29 and won by 20 and 26. Nebraska won one game all December, but forced Ohio State into overtime Sunday night, the Buckeyes carried by Malaki Branham — a freshman from LeBron James’ old high school who had 63 points in his first 10 college games but scored 35 in one night.

Michigan, picked to win the Big Ten, is 7-5. Minnesota, picked to finish last, is 10-1. Providence, picked for seventh place in the Big East, is 13-1 and the highest ranked league team at No. 16. Oregon State and Arizona received the same number of votes in the Pac-12 pre-season poll. Arizona is 11-1. Oregon State is 3-10. Duke is not just the only ACC team ranked in the AP top-25, it is the only conference team that received a single vote this week.

So nothing much seems certain in this season. Except this: Baylor rolls on.

Mark Cuban supports $10,000 in student loans forgiveness: ‘It has to be fixed’

Mark Cuban supports $10,000 in student loans forgiveness: ‘It has to be fixed’

This is the Grateful Dead's best album of all time, according to data 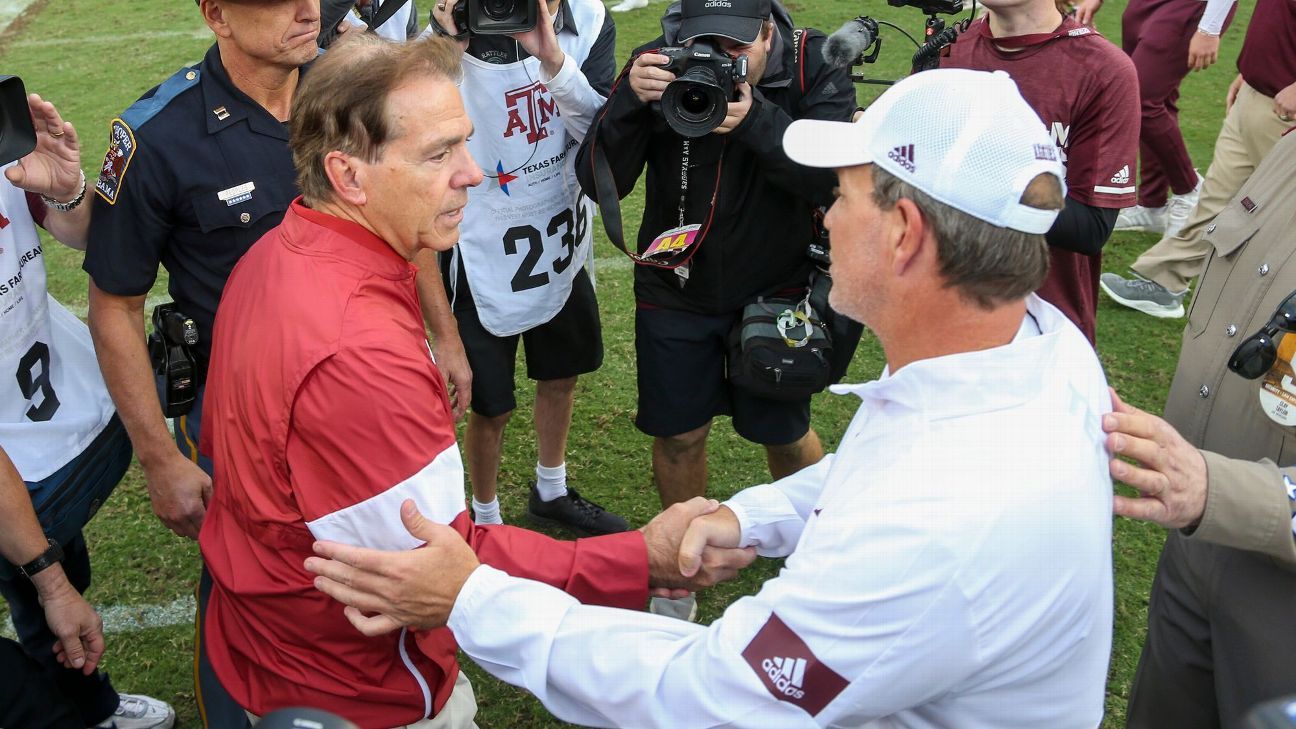